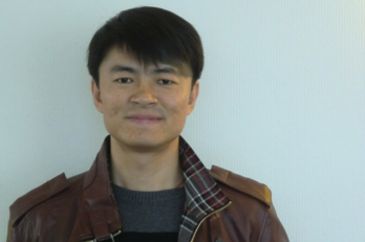 “The north-western reaches of China have been earmarked as a high-priority region for circular economic growth,” explains Zhang. “It’s a resource-rich area with fragile ecosystems, a highly diverse cultural make-up and an underdeveloped economy.” His interdisciplinary research on circular economy implementation has won him not only several academic awards but, as co-author of the Master Plan for Developing Circular Economy in Gansu Province, made him the go-to man for transforming the conventional linear economy into an efficient, “closed loop” system where resources are reused and recycled to sustain growth.

“I analyse the material and energy metabolism of the local social-economic system in order to understand the coupled mechanism between economic and environmental systems,” says Zhang. “From there we can start building regional industrial symbiosis systems based on waste recycling and begin developing targeted policies for sustainable development.”
Zhang impressed the jury with his innovative, solution-oriented research into the relationship between economic and environmental systems in circular economic development in China.