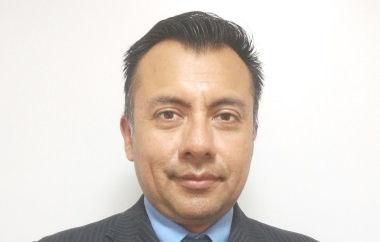 Carlos’ research is especially important to Brazilian society since the country’s access to clean drinking water and water resources is limited in some regions.

Carlos is coordinator of the Graduate Programme in Petroleum Sciences and Engineering. He participated as general chair of organising committees of the XXI Simpósio Brasileiro de Eletroquímica e Eletroanalítica in 2017 and of the 4th Iberoamerican Conference on Advanced Oxidation Technologies in 2019. Currently, he is a visiting scientist at Mainz University, Germany supported by Alexander von Humboldt Foundation.

Carlos Alberto Martínez-Huitle is currently an associate professor at the Federal University of Rio Grande do Norte in the northeast of Brazil. The focus of his scientific work is electrochemical environmental processes, such as electrochemical water treatment and electrochemical soil remediation. His collaboration with the Brazilian Petroleum Industry has led to the development of electrochemical oxidation processes in which the oxidants are generated using a flow electrochemical reactor to remove organic pollutants. Such research is relevant to Brazil because some regions of the country do not have enough drinking water or do not have access to clean natural water resources.

The Mexican scientist would like to participate in the Green Talents Forum in order to understand the new alternatives for clean water that are being investigated by German scientists. He is also interested in developing key contacts and collaborations with German experts in his field in order to comprehend the principles of disinfection, new technologies, the role of the basic research and many other aspects. Carlos Alberto Martínez-Huitle impressed the jury with his extensive international experience. He has studied and worked in Mexico, conducted research in Switzerland and both taught and researched in Italy and Brazil.