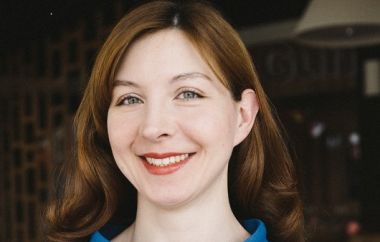 During her research stay in Germany at the Grundwasser-Zentrum Dresden, Natalia identified the ability of microorganisms to oxidise manganese. Collaborating extensive with other scientists, she became interested in groundwater pollution issues, which result in the disappearance of clean and safe drinking water.

PhD in Microbiology and Ecology

Natalia researches the biogeochemical features of pollution by hydrocarbons of surface water (small rivers), groundwater of industrial zones, and living sector of urban area in cold climate zone. Her research focuses on the cities of Khabarovsk and Komsomolsk-on-Amur (both located on the banks of the Amur River in the Russian Far East). She pays special attention to the features of microbiological processes of self-purification of surface water and groundwater in different seasons, especially during wintertime and in the period of snowmelt.

Since 2007, Natalia Konstantinovna Fisher is investigating the role of microbial processes in the removal of iron and manganese in groundwater aquifers in Khabarovsk. Fisher is conducting her research at the Institute of Water and Ecological Problems at the Far Eastern Branch of the Russian Academy of Sciences in the city of Khabarovsk in the far east of Russia. In that region, the drinkable water supply comes from the Amur River, which is heavily polluted. An alternative source of drinkable water would be groundwater, but that water contains a high concentration of those same metals: iron and manganese. Fisher is investigating approaches that would clean the water in the aquifer itself rather than after its extraction.

Through the Green Talents Forum, Natalia Konstantinovna Fisher hopes to learn more about current research and approaches to water remediation from German experts who are leading in the field and to understand the microbiological processes in the ground water better. With its choice of Fisher, the jury honors the young scientist’s consistent dedication to the topic of water and water treatment starting with her diploma thesis.