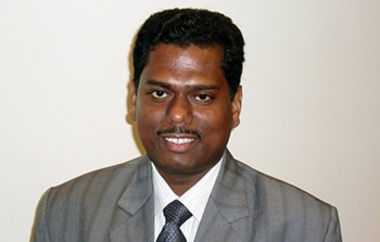 Nihar holds a PhD in Water Resource from Jadavpur University, India and the University of Konstanz, Germany. His research focuses on water quality modeling in freshwater systems. He is particularly interested in modeling transport of contaminants both in surface and subsurface systems.

He is currently working on stormwater management models (InfoWorks-ICM) for the New York City that simulates combined sear overflows (CSOs) and water depth along the interconnected sewers within the city. The major focus of the project is on the design and implementation of the Green infrastructure and low impact development to manage the stormwater within the New York City.

His previous project was applying a process-based spatially distributed hydrology model that dynamically accounts for the interactions among atmospheric, terrestrial, and aquatic processes. The model aims to quantify the environmental impacts at regional scales due to spatially distributed changes in land use and climate in the 21st century.

Nihar was awarded a Green Talent in 2009 as his area of expertise covers large areas of water resources and ecosystem science. Thanks to the award, he developed a strong research network with German experts and established a student exchange program with German Universities for graduate students.

Ranjan Samal currently works as a faculty member at the Department of Civil Engineering of the National Institute of Technology Durgapur (NITD) in West Bengal in the far northeast of India. His current research interest is in biological decontamination in the area of wastewater treatment.

Nihar Ranjan Samal currently works as a faculty member at the Department of Civil Engineering of the National Institute of Technology Durgapur (NITD) in West Bengal in the far northeast of India. His current research interest is in biological decontamination in the area of wastewater treatment. He is particularly interested in the removal of toxic heavy metals from ground and surface water. Areas of eastern India are particularly affected by such water contamination, specifically with arsenic, iron and fluoride. In particular, the jury took note of the number of awards and grants, Nihar Ranjan Samal has won as well as his numerous scientific publications.

Through the Green Talents Forum, Samal hopes to establish long-term research cooperation with research institutions and companies in Germany, not only for himself but also to create relations to Germany for his students. During May to July 2009, his four undergraduate students are selected and enjoyed the summer internship programme at various universities in Germany through the DAAD scholarship (DAAD-WISE). This year he is also specifically seeking solutions to problems related to rainwater harvesting and would like to discuss various issues relating to water and contaminated land management.