Nuwong was awarded as ASEAN Science and Technology Fellows 2018-2019 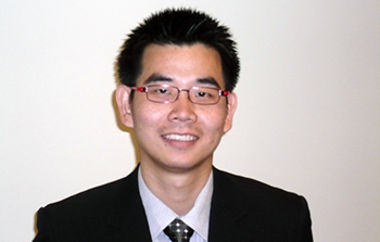 From 2010 to 2016 Nuwong has been Research Leader in the Japan-Thailand collaboration project “Innovation on Production and Automobile Utilisation of Biofuels from Non-Food Biomass”.

PhD in Materials Science and Engineering

Nuwong Chollacoop earned his PhD in Material Science and Engineering at the Massachusetts Institute of Technology (MIT) in the United States before turning towards renewable energies after his return to Thailand. For the past four years, he has worked in the field of biofuels. Today, he is a senior researcher in the Bioenergy group of the National Metal and Materials Technology Center (MTEC) in Thailand where he is investigating biofuels and their effect on engine performance and emissions. He chose transportation as his focus because approximately one-third of Thailand's energy consumption is in the transportation sector. Also, since diesel consumption in Thailand is approximately twice as high as that of regular gasoline, he made biodiesel research his priority.

In the view of the jury, Chollacoop's participation in numerous top-class research projects was noteworthy, including the establishment of a biofuel test laboratory as well as his activity as an expert on renewable energy for the Asia and Pacific Centre for Transfer of Technology (APCTT) of United Nations Economic and Social Commission for Asia and the Pacific (UNESCAP), and his biofuels network with Southeast Asia-EU network (SEA-EU-NET). In Germany, Chollacoop is particularly interested in questions of quality assurance and quality control in the biodiesel field.