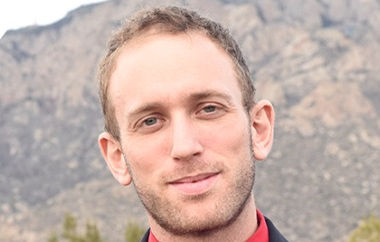 After extensive research and partnerships in Madagascar, Andrew developed a revolutionary electricity grid management system that will allow microgrids and larger electricity grids to grow sustainably and exponentially. In 2015 he founded his own company Power Pay, which provides an efficient way to distribute electricity with the aim to improve isolated electricity grids.

Andrew conducted research for the Association pour le Développement de l’Energie Solaire, a non-profit organisation in Madagascar, where he studied the impact of cooker use upon the deforestation rate. At the National Center for Atmospheric Research in Boulder, he investigated drivers of greenhouse gas emissions within densely populated urban centres.

In spite of his young age, Andrew March has already had a varied career. He completed his Bachelor of Science in Environmental Engineering at the University of Colorado at Boulder in the United States.

During his time at the university, he worked as an undergraduate research assistant at the Institute of Arctic and Alpine Research (INSTAAR). He won a number of student awards and scholarships including a chancellor’s achievement scholarship and a dean’s scholarship. He also gathered work experience at Sandia National Laboratories and Eclipse Aviation, both in Albuquerque, New Mexico. His work encompassed computer modelling dynamic and steady state behaviour of a gas-cooled reactor in addition to creating error research algorithms for possible mechanical faults of aircraft systems caused during or after flight.

Mr March spent his junior year at the School for International Training in Madagascar. There, he worked as a research assistant for the Association pour le Développement de l’Energie Solaire (ADES), a non-profit organisation which produces solar cookers in Madagascar and supports the use of renewable energy sources. Mr March conducted a survey to determine the impact of the use of such cookers on the deforestation rate of the region while also working on various other projects. In 2010, Mr March worked as a research assistant at the National Center for Atmospheric Research (NCAR) in Boulder, Colorado, where he investigated drivers of greenhouse gas emissions in densely populated urban centres. He also helped compile information about the vulnerability of urban centres to various environmental hazards. He has now enrolled in a master’s programme in pollution chemistry and environmental risks at the Université d'Orléans in France.

It was Mr March’s broad spectrum of scientific abilities – ranging from biochemical analysis to computer modelling – that caught the attention of the Green Talents jury. He combines scientific, analytical work with the model-based use of corresponding research results in an extraordinary way. Furthermore, his work seeks solutions to real-world challenges.

“The Green Talents Forum represents a unique opportunity for me to experience, first-hand, many renewable energy, water treatment technologies, and industry applications that I have only heard or read about,” says Mr March.