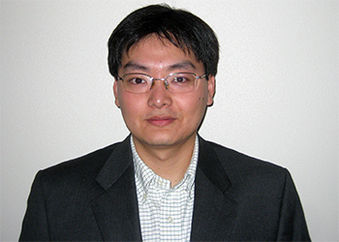 He established the Center for Applied Water Research and Innovation (CAWRI) and became its inaugural director. He took over the position of Director for Virginia Tech Water/Wastewater Treatment Plant Operators Short School, a professional training programme. In 2020 Jason started a new position as professor at the Department of Energy, Environmental and Chemical Engineering, Washington University in St. Louis.

Dr He’s academic career has taken him around the world, starting in his native China where he earned his Bachelor’s Degree at the prestigious Tongji University in Shanghai, before moving to Europe for a Master’s Degree from the Technical University of Denmark.

His current research interests are biological wastewater treatment, sustainable seawater desalination, and bioenergy production through bio-electrochemical systems such as microbial fuel cells (MFCs) and microbial desalination cells (MDCs). MFCs convert chemical energy to electrical energy using the catalytic reaction of microorganisms. MFCs can generate electricity from almost any kind of organic matter so they can run on things like wastewater. The potential is obvious: Using MFCs in a wastewater treatment facility makes it possible to break down the organic waste while generating clean energy efficiently at the same time. MDCs are based on the same principle and use the energy generated by the microorganisms to desalinate water. This could potentially make them a sustainable alternative to today’s energy-intensive desalination technology. Dr He’s research has already resulted in numerous publications, patent applications and collaborations with academic and industry partners.

As part of the Green Talents Forum, Dr He is looking forward to visiting Germany’s leading research institutions and industrial research facilities. “This will provide invaluable opportunities for face-to-face communication with German scientists and researchers,” he says. “I am eager to experience the cutting-edge technologies and concepts developed in Germany and to share our research findings with our peers.”