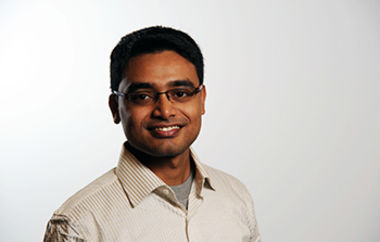 After receiving the Green Talents award, he stayed in Germany for more than two years at Technical University Kaiserslautern as a Postdoctoral Associate. Subsequently, he moved to Chubu University, Japan, as a postdoctoral fellow of Japan Society for the Promotion of Science (JSPS). In 2016, he returned to India and joined Central Salt and Marine Chemicals Research Institute (CSIR), Bhavnagar, to start his independent research career.

Indian Association for the Cultivation of Science

Sukalyan Bhadra is a senior research fellow at the Indian Association for the Cultivation of Science in Kolkata, India where he has recently been awarded his PhD. He previously earned a Bachelor of Science with honours in Chemistry, (including Physics and Mathematics as subsidiary subjects) and a Master’s Degree in Organic Chemistry from the University of Calcutta, India.

Dr Bhadra also worked for BASF India Ltd. as a trainee scientist. In 2009, he participated in the “59th Lindau Nobel Laureate Meeting”. At the annual event, some of the top talents in science get an opportunity to meet the Nobel Laureates in their field as a way to transfer knowledge between generations of scientists through panel discussions and seminars. The conference was dedicated to chemistry in 2009.

Dr Bhadra’s doctoral research focuses was on the design and development of inexpensive, recyclable catalysts for fundamental organic reactions to make them environmentally and economically friendly. Homogeneous as well as heterogeneous catalysts were well explored in various green organic transformations. A number of transition metal based catalytic systems have been used to carry out different types of cross-coupling reactions. The catalysts that Dr Bhadra is developing could be used to combat environmental pollution.

“Germany is the land of ideas in science,” says Dr Bhadra. “Therefore, I consider Germany a key location for the fundamental research in synthetic organic chemistry and its applications.” He is looking forward to exchanging ideas with other experts in his field during the Green Talents Forum.