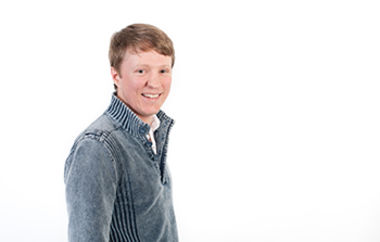 Dyllon has previously worked in consulting as a Process Engineer and on “Re-invent the Toilet Challenge”, a project funded by the Bill & Melinda Gates Foundation. He is specifically focusing on sustainable sanitation and recovery of valuable nutrients from waste streams. His research stay in Germany also perked his interest in nutrient recovery research.

Dyllon Randall’s love for chemistry and his concern for the environment has shaped his career path significantly, and has led the South African to focus his work on the treatment of mine waste water.

Dyllon is a research officer at the University of Cape Town, investigating ways to process waste water in a sustainable manner. Specifically, Dr Randall is developing methods to treat waste water through crystallization and precipitation. Parts of his work are done in cooperation with the private sector, including companies such as Anglo Coal and Impala Platinum.

During his doctoral work, Dr Randall made contributions to his field which had not yet been achieved before, such as successfully developing a brine treatment protocol using a novel technology called Eutectic Freeze Crystallization. His work is now being used as the basis for further research in this field at the Crystallization and Precipitation Unit at the University of Cape Town, where he earned his PhD in 2010.

In November 2011, Dr Randall presented this new technology for treating brines at the International Conference on Desalination and Environment. He also published a paper in the journal Desalination that won an award for Research Paper of the Year 2011 at the South African Institute of Chemical Awards ceremony. The paper was entitled “A Case Study for Treating a Reverse Osmosis Brine Using Eutectic Freeze Crystallization – Approaching a Zero-Waste Process”. In addition, he was a runnerup at the 2011 Young Persons’ World Lecture Competition held in Brazil this year.

The jury cited Dr Randall’s work for being highly promising, given that waste water treatment is one of the main issues to be resolved if our planet is to be safeguarded for up to ten billion people by the middle of this century. It is necessary to effectively address widespread water pollution, but it is equally necessary to close the water cycle and obtain better use per drop for an ever-rising demand on the part of different users. In this respect, his work is critical for emphasising the pioneering role of sustainable water governance in South Africa, the jury said. 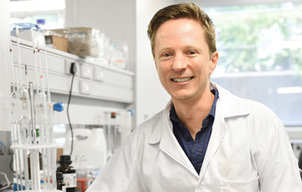