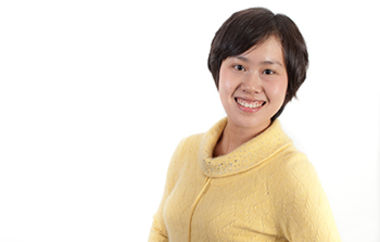 Besides her position as Assistant Professor at the School of Government at Beijing Normal University in China, Ting is a Research Fellow at the Centre for Industrial Development and Environmental Governance at Tsinghua University in China. She has a solid understanding of the transformation process in China and has undertaken work in various research projects of that topic.

After finishing her PhD in 2015, Ting was working at the Mercator Institute for China Studies in Germany as a visiting academic scholar. Later she was a postdoctoral researcher at the Institute of East Asian Studies, University of Duisburg-Essen, Germany, as well as at the School of Public Policy and Management at Tsinghua University, China.

A PhD candidate in public administration, Ms Guan is working on environmental issues from a governance perspective. She began pursuing this approach after studying urban planning at the undergraduate level and realizing the importance of government policy in China for promoting environmentally friendly concepts.

Guan Ting grew up in Hebei Province, China, where the city’s massive reconstruction caused her childhood playground to be turned into a city block. This prompted Ms Guan to become interested in designing eco-friendly cities. However, her study experience in urban planning at the undergraduate level made her realise the importance of the government policy in China to promote such environmentally friendly ideas. She decided to make a change in her profession when she was offered the research opportunity.

During the next phase of her studies, she plans to continue her research on environmental problems in China with the ultimate goal of formulating governance proposals for solving at least some of them. At present, she is participating in a group research project that involves a case study on how to adapt policy for simultaneously developing the economy and protecting the environment in Deqing, China.

The jury said Ms Guan has a solid understanding of the transformation process in China and applauded the work she has done in various research projects. These include her current doctoral studies in public administration that are focused on environmentally friendly policy from a governance perspective.