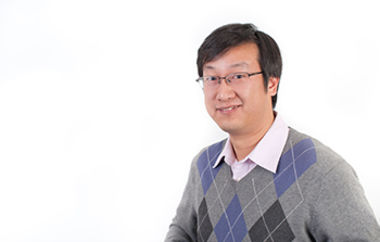 PhD in Environmental Planning and Management

Current position: Professor in the College of the Environment & Ecology at Xiamen University, China

Yangfan’s goal is to help mitigating the impact of rapid urbanisation and global environment change, to influence political decision-making in China. Thanks to the Green Talents competition, he has gone on to work in the area of coastal resilience and integrated land-sea management.

Li Yangfan, a visiting fellow at the Department of Natural Resources at Cornell University in the United States, studies urbanisation, environmental change and sustainability.

Li Yangfan’s goal is to develop an early warning and resilience system in urban coastal wetland areas that are undergoing rapid urbanisation. The “warnings” would help mitigate the impact of rapid urbanisation and global environmental change by signalling to authorities when certain ecological thresholds have been reached.

His work integrates sustainability, urban ecology and spatial analysis techniques, and Dr Li hopes to use his understanding in these areas to influence the decision-making of the Chinese government. In the end, he wants to make a positive contribution to the lives of the Chinese people, he says.

He has an impressive record: having published more than 60 papers and two books in his research area and received numerous awards for outstanding papers. He was granted several important research projects on urban sustainability during his bachelor, master and doctoral studies, as well as when he was serving on the faculty at Nanjing University in Nanjing, China. They included a project on landscape security thresholds in coastal urban sprawl areas, which was funded by the National Natural Science Foundation of China, and one on strategic environmental risk assessment and ecological optimisation techniques in urban agglomerations.

Dr Li, who is on leave at Cornell from his regular post as a researcher and lecturer at Nanjing University, is a member of the Scientific Steering Committee on Environmental Planning of the Chinese Society of Environmental Sciences and the Scientific Steering Committee on Eco-City Research at the Chinese Society of Urban Studies.

The jury called attention to Dr Li’s research in sustainable urban development and technologies for monitoring climate change. It said that he offers a fresh, new perspective due to his interdisciplinary approach, combining geography and oceanology. In addition, the jury noted the large number of prizes and scholarships he has received for his scientific work.

Dr Li is keen to meet researchers in his area during his stay in Germany. “I want to find out more about resilience in urban and regional development while in Germany,” he said.