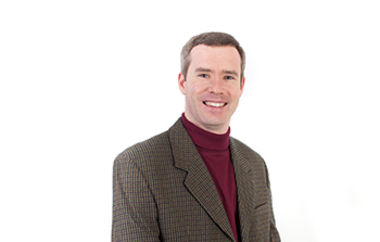 Owen holds a PhD in Water Resource Governance, with his thesis addressing the challenge of implementing South Africa’s national water policy particularly from a governance perspective.

Green Talents offered Owen an exceptional opportunity for international interaction and knowledge exchange. Moreover, he had the chance to visit Heidelberg University’s Centre for the Environment as a Research Fellow. He presented his work at different conferences in London (2012) and Bonn (2013), and subsequently participated in the South African-German Year of Science collaboration. Owen has also lectured at the Gadjah Mada University, Indonesia, at the invitation of the United Nations University Institute for the Advanced Study of Sustainability.

Owen Horwood is dedicated to the socio-economic development of his home country and the upliftment of all its people, while ensuring the long-term conservation of natural resources, particularly water. “I want to be a participant rather than a spectator and work towards reconciling the often competing priorities of growth and sustainability,” he says.

To this end, Owen Horwood has focused his studies on issues regarding water sector reform in South Africa, with emphasis on stakeholder participation and institutional functionality, often overlooked by researchers. His PhD thesis addressed the challenges of implementing South Africa’s National Water Resource Strategy within the context of the new National Water Act. In addition to his doctorate, Horwood holds two master's degrees from Oxford University (UK), the first in Environmental Change and Management and the second in Water Science, Policy and Management, as well as a third Master’s degree in Chemistry from the University of the Witwatersrand (SA).

As a specialist in water governance, Dr Horwood aims to present his work widely and has visited universities and research institutes in various countries. His publications include scientific as well as interdisciplinary papers and he has recently presented a comparative analysis of river basin governance in the Olifants basin of South Africa and the Ruhr and Rhine basins of Germany. He has also been an invited reviewer for Water Alternatives, a leading peer-reviewed journal on water, politics and development.

The jury said Dr Horwood builds his research on an already outstanding academic career. He combines the ability to address complex scientific problems with research focused on problem-solving. Without any doubt, his participation in the Green Talents programme will be beneficial not only to his further development but also to his fellow awardees as well as his German peers with whom he will interact, the jury said.

Dr Horwood is keen to visit and work in Germany in order to compare the German experience in sustainability with current policy thinking and future planning in South Africa. “As a young research scientist, there is much to be learnt from Germany’s expertise and experience in the sustainability field and the country's paradigm shift from knowledge-oriented to interdisciplinary, solution-oriented research,” he concludes.