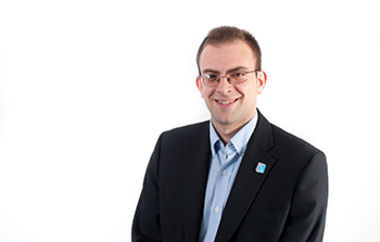 Rafael is particularly interested in recycling biomass residues and waste resources, such as food waste, for producing materials, chemicals and energy. Rafael’s research is mainly applied in the field of advanced biofuels production, where he developed new ways to turn feedstock, such as waste frying foils, into fuels. His academic work has even resulted in the foundation of a spin-off company from the Organic Chemistry Department.

Current position: Professor in Organic Chemistry at the University of Córdoba, Spain

Rafael is a member of the Editorial Board of prestigious journals including Chemical Society Reviews (RSC), Catalysis Communications (Elsevier) and Sustainable Chemical Processes (Chemistry Central) as well as Editor-in-Chief of the Porous section of the journal Materials and Series Editor of Topics in Current Chemistry (Springer).

Research focus: biofuels and valorisation of biomass and waste

Rafael Luque has significant expertise in green chemistry methodologies, including those focused on material and resource efficiency, production of alternative energies (e.g., biofuels) and cleaner syntheses for industrial processes.

Rafael Luque has a passion for teaching science and green living. In his work as a “Ramon y Cajal” Fellow at the Department of Organic Chemistry at the University of Córdoba in Spain, Dr Luque is focused on how to turn biomass residues and waste resources, such as food waste, into valuable feedstocks to produce materials, chemicals and energy. “We need to see waste as a resource rather than a problem,” he said.

He has also been actively involved in the area of advanced biofuels, designing ways to process waste feedstocks, such as waste frying oils, into fuels. These ideas have even led to the creation of a spin-off company from the Organic Chemistry Department that is focused on scaling-up biodiesel-like production.

The author of more than 100 papers in peer-reviewed journals and 20 book chapters, Dr Luque speaks regularly at conferences around the world on various aspects of chemistry and sustainability. He has been involved in research exchanges in Asia, North America and Europe.

As an expert in green chemistry, Dr Luque makes an invaluable contribution to the development of eco-friendly chemicals for material preparation, production and for fuel use, the jury said. It also noted that he has been spreading the important idea that waste is a raw material and not a problem, helping to draw attention to the possibilities that are opened up when green chemistry is applied to waste management.

Dr Luque is keen to visit Germany and looks forward to learning more about how the country is creating jobs, particularly those with a focus on sustainability. He is also curious about how German citizens try to live greener on a daily basis. “Germany is well known for its sustainability research, renewables and waste valorisation, so it will be a great experience to learn from the country itself,” he said.