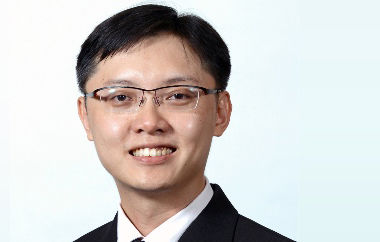 Victor is a Process Engineer by training with deep expertise in state-of-the-art polymeric and ceramic membrane treatment systems. He is interested in the intertwined needs of social, economic, and environment concerns that include but are not limited to water, power, environmental, social, and security matters affecting the urban development and city landscape.

Victor is tapping into Industrialisation 4.0 where digitalisation enables the interaction of multiple layers of data to generate insights and predictions.

As groundwater becomes increasingly depleted and surface water deteriorates due to climate change, desalination and water reuse technologies will become more important for providing sufficient, affordable drinking water to the world’s population. Victor Sim, a PhD candidate at the Nanyang Technological University in Singapore, is working on a process that could reduce the costs of using reverse osmosis membranes for desalination.

As part of his doctoral studies at the Singapore Membrane Technology Centre (SMTC) at NTU, Victor Sim is developing novel monitors for early detection of fouling in reverse osmosis systems. Specifically, he is working with Electrical Impedance Spectroscopy (EIS) and Ultrasonic Time Domain Reflectometry (UTDR) to provide a real-time, non-invasive method for detecting membrane biofouling.

Mr Sim, who is studying on a scholarship from the National Research Foundation with the support of the Environment and Water Industry Development Council, presented a paper on the novel monitors he is developing at the 2011 World Congress of the International Desalination Association. He was awarded “Best Paper Presentation for the Young Leaders Program.”

Impressed with Mr Sim’s work developing a sensor to monitor membrane fouling, the jury said his research could lead to critical solutions for improved membrane technology for seawater desalination that would also be cost-effective.

Mr Sim looks forward to utilising the sensory techniques developed in his PhD in other research fields and to learn more about membrane biocatalysis. “While in Germany, I am looking forward to further inspiration in the field of desalination and water reuse from Germany's strong engineering know-how,” he said. In addition, Mr Sim will be checking out Germany as a potential place for postdoctoral studies.