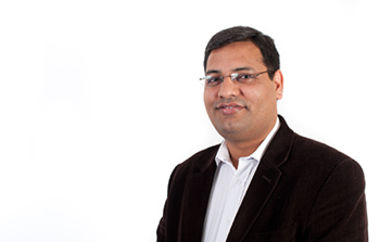 Yatendra’s academic research focuses on solar fuels and nanomaterial. Among others he has designed enzyme semiconductor-based photocatalysts for visible light driven carbon dioxide reduction and hydrogen production. He earned his PhD for the research work focused on nanostructured photocatalysts for solar-driven water splitting.

Current position: Principal Scientist at the CSIR Institute of Minerals and Materials Technology, and Associate Professor at Academy of Scientific and Innovative Research, India

His research accomplishments in the area of nanomaterial and solar fuel research have brought him many recognitions such as the CSIR Young Scientist Award 2013 in the Chemical Sciences section from the Council of Scientific & Industrial Research (CSIR), India and the prestigious Marie Curie Fellowship by the European Union (2010-2012).

Yatendra is a member of the editorial board of the Journal of Nanoscience and the International Journal of Photoenergy. Besides, he has edited a book “Solar Fuel Generation” which offers an overview of the promising approaches to solar fuel generation, including the direct pathways of solar H2 generation and CO2 photocatalytic reduction.

The harvesting of solar radiation may lead to a sustainable future, and that is why Dr Yatendra Singh Chaudhary from India is dedicating his research to its applications, such as the generation of energy-rich compounds (e.g. solar fuels) and the optimised exploitation of other natural resources.

Dr Chaudhary, a Marie Curie Fellow at the Department of Chemistry at the University of Oxford, is responding to what he calls the obvious need to exploit and store solar energy, and he is particularly interested in the splitting of water into hydrogen and oxygen.

While earning a PhD at Dayalbagh Educational Institute in Agra, India, he focused on this area, namely he investigated nanostructured semiconductor photocatalysts for efficient solar-driven water-splitting to produce hydrogen. He also sought to understand the relationship between the size and morphology of photocatalysts and their photoelectrochemical behaviour.

Dr Chaudhary was involved in the development of adhere-synthetic apatite coating on titanium and titanium alloy surfaces with improved mechanical strength while working as a scientist at the Institute of Minerals and Materials Technology (CSIR) in Bhubaneswar, India. His peer-reviewed publications include a recent paper on the effect of morphologies on corrosion behaviour of nanostructured hydroxyapatitetitania scaffolds.

In 2006, he visited Germany to attend the 18th Nobel Laureate Meeting with young scientists in chemistry held in Lindau, a meeting for transferring knowledge between generations and reflecting on current scientific matters. During the trip, he became fascinated by a symbol of Germany’s commitment to sustainability and renewable energy – the windmills he saw dotting the landscape.

Dr Chaudhary impressed the jury with his research into functional hybrid nanostructures for photoelectrochemical water-splitting. It also noted his scientific achievements and interdisciplinary approach to the research.

Dr Chaudhary is looking forward to returning to Germany to visit research institutes focused on sustainability and to explore the possibility of interdisciplinary, joint projects with German scientists. “Germany is a key location for advanced sustainability research,” he said, adding, “I want to find out more about work being performed in Germany on solar water splitting and CO2 reduction.”