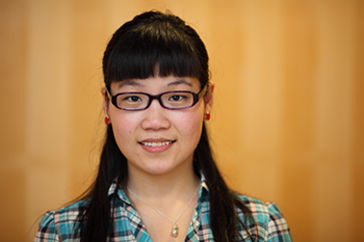 Congying holds an MSc in Ecohydrology from the University of Lodz and the UNESCO-IHE Institute for Water Education. After receiving her Bachelor´s degree in Hydrology and Water Resources Engineering, she worked as a research assistant developing key techniques to assess groundwater overexploitation areas in China.

Current position: PhD Candidate at the University of Melbourne, Australia

The aim of Congying current research in the field of Ecohydrology is to assess the impact of storm water control measures implemented across a catchment on urban stream flow regimes.

For her achievements Congying was awarded a Green Talent in 2013. During her research stay in the IWW Water Centre in Germany, she contributed to the groundwork for the “SIGN” project on Lake Taihu. She also worked as a research volunteer in China for a few months. She has published 7 journal papers, 1 as lead author. She holds 1 patent and has developed a gravel-peat filter for storm water treatment.

Congying Li is a problem-solver, working to develop green technologies – based on the ecohydrological principles – to ensure that cities in the future will be more developed and robust, landscapes uphold their beauty, and that sustainable development will become tangible.

Inspired by ecohydrology’s sustainable approaches to addressing water problems, Congying Li is focusing on this field to create green technologies which will solve urban storm water flooding and pollution in an economical way.

After first completing a bachelor’s degree in Hydrology and Water Resources Engineering, and working as a research assistant developing the key techniques of groundwater overexploitation areas assessment in China, Li moved her focus to ecohydrology.

“Many cities all over the world are continuously suffering the consequences of rainstorms, especially storm water flooding,” Li says. “It is very urgent to combine those green technologies with the existing drainage networks, to control storm water at its source, which also increases green areas and enhances ecosystem capacity in the city.”