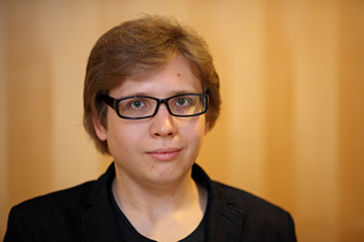 Ivan has a strong commitment to interdisciplinary interaction between mathematics and climate science and works to develop a nonlinear theory of climate systems. By improving projections his research offers important contributions to understanding the climatological and ecological role of sea ice in the climate system.

Ivan has been awarded several prestigious fellowships, such as the Isaac Newton Institute Visiting Fellowship, the Ed Lorenz Postdoctoral Fellowship and the Nansen Fellowship.

There is an important interaction between mathematics and climate science, this is why Ivan has a central role to play in sea ice research and understanding the Earth’s climate system.

Arctic sea ice is a sensitive, leading indicator of climate change; its decline over the 21st century has significantly outpaced projections. In order to improve projections and our understanding of climate change and key processes for sustainable development, Ivan is addressing important questions concerning the role of sea ice in the climate system.

Ivan is, among other things, looking into whether the decline of Arctic sea ice has passed through a so-called ‘tipping point’ – an irreversible critical threshold.

The decline of the summer Arctic sea ice pack in recent decades has led to the significant loss of a white reflecting surface covering the Arctic Ocean. This means solar radiation is absorbed by the ocean rather than being reflected, heating the upper ocean, melting even more ice, and so on – a process known as ice-albedo feedback.

“A key mechanism potentially driving the system to ‘tip’ is the ice-albedo feedback. The first aim of my work is to investigate, through dynamical systems analysis, the existence of such a tipping point for various differential equation models of the sea ice and upper ocean,” Ivan says.

Ivan will also investigate a key process in the coupling of the ocean to the atmosphere through the ice, which will potentially play a role in tipping point considerations, as well as in a broad range of other climatological and ecological exchange phenomena in sea ice.

The Green Talents jury was particularly impressed by Ivan’s scientific record so far and his strong commitment to interdisciplinary interaction between mathematics and climate science. By improving projections his research offers important contributions to our understanding of the climatological and ecological role of sea ice in the climate system.