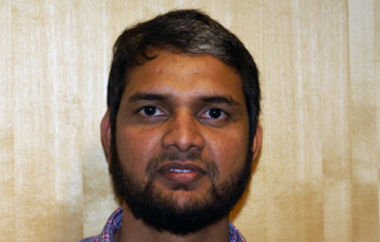 Sohail holds a PhD in City Planning from Seoul National University. Having grown up in India, he became aware of challenges such as congestion, astronomical green house gas emissions and the lack of proper housing and infrastructure in urban areas, and made them his research focus. He uses the development with co-benefits approach to find the most sustainable alternatives for those issues.

Sohail Ahmad is completely immersed in urban planning and architecture. After completing a BArch, M-Plan, and a PhD in both subjects, he decided to set his sights on sustainable city planning. He is hoping to make the biggest cities in his native country, India (some of the biggest cities in the world) more liveable and equitable.

Indian and Bangladeshi cities are growing at an astonishing rate. With more and more people expected to move to big cities, this brings with it enormous challenges (like congestion and astronomical green house gas emissions), especially in underdeveloped or developing countries. Basic necessities like cooking utilities and, more importantly, proper housing is missing or simply non-existent. These are two points Sohail Ahmad is focusing on.

Previously a JSPS-UNU Postdoctoral Fellow at the Institute of Advanced Studies (UNU-IAS) in Japan, and the Tokyo Institute of Technology, Ahmad is currently an Assistant Professor at the School of Planning and Architecture, Vijayawada.

Through his work, Ahmad is using the ‘development with co-benefits approach’, which involves finding the most sustainable options, with multiple benefits. A simple example of what he is looking at is cooking fuels: “I estimated determinants for using modern non-solid cooking fuels (liquefied petroleum gas and kerosene) over traditional solid fuels in urban India, employing econometric analyses of a nationally representative household survey within the framework of co-benefits, where fuel switching may lead to enhanced quality of life and local air quality.”

Ahmad is also investigating many different perspectives of sustainability, such as drivers for promoting sustainable urban mobility through non-motorised and public transportation, rather than private transportation modes that have a positive impact on both environment and health at the same time (co-benefits example of urban development projects, as he calls it). These interventions form low-carbon societies that could ultimately create liveable and equitable cities.

The jury was impressed by Ahmad’s application-oriented research on sustainable urban planning, and praised his focus on sustainable concepts of mobility and the use of energy in Asian cities as it addresses crucial up-to-date questions.