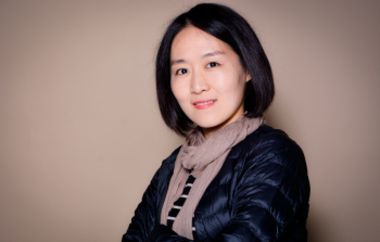 In her current research, Li focuses on the management of an energy storage system and its application in electrical vehicle and traction power systems. With her academic approach, she aims to improve the efficiency of super capacitors and their reliability, durability and safety as large-scale sustainable energy storing systems.

Research focus: management of an energy storage system and its application in electrical vehicle and traction power systems

Li was elected to the Youth Elite Programme of her university in 2015. With this financial support, she studied the ageing behaviour of supercapacitors and their application, for which she was granted two patents in 2016.

By developing a concept uniting electrical engineering with big data technology, postdoctoral researcher Li Wei is trying to improve the reliability and durability of supercapacitor systems for the large-scale energy storage application field.

Supercapacitors are one of the most promising large-scale methods of sustainably storing energy. However, current models are made up of individual cells and face problems in terms of efficiency and durability due to what Li characterises as the supercapacitors’ inevitable non-uniformity. She explains the challenge as follows: “In the process of operation, the diversity among cells will appear due to ageing factors like unbalanced voltage and unevenly distributed temperature, which will exponentially accelerate the burn-in process of degraded cells.” The performance of the entire supercapacitor module, therefore, is limited by its worst-performing cell. The non-uniformity of the cells may also be a decisive factor in the rate of depreciation of the supercapacitor. In her research, Li is aiming to improve the efficiency of supercapacitors as well as their safety and reliability as an energy storage system.

Drawing on her academic expertise in electrical engineering and her interdisciplinary interests in computer science and communications, Li has devised a concept for a supercapacitor management system involving big data and data mining technology. “From a remote computer, 4G communication can help transfer the state of each single cell of the supercapacitor module and the respective command rapidly”, she explains, “and big data technology can record all the data without memory limitation, while data mining provides an efficient tool to study the characteristics of the supercapacitor’s ageing effect.” In this way, the hardware of the supercapacitor management system would have to fulfill only a limited role, while the remote computer would process the data for an optimal response. “The cost of the hardware system will be reduced, and it will be much more reliable and powerful”, says Li.

The jury was impressed with Li’s innovative and interdisciplinary approach to her research. They are confident that participation in the Green Talents Forum will help her career in achieving “the mature and reliable application of supercapacitor energy storage systems”.