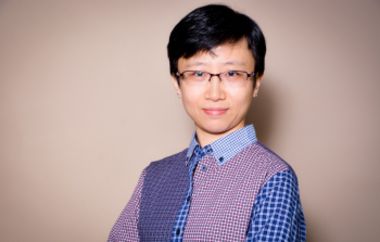 With her postdoctoral research into microbial fuel cells (MFC’s), Jing is improving one of the most promising green techniques for electricity production and waste remediation. She designed and fabricated a graphene-based, hierarchically porous MFC anode by integrating nanotechnology and architectural engineering.

PhD in Chemical and Biomedical Engineering

Jing Liu’s postdoctoral research into microbial fuel cells is advancing one of the most promising green techniques for electricity production and waste remediation.

The use of microbial fuel cells (MFCs) to decompose organic waste (such as sludge or sewage) and convert the chemical energy stored in the organic substrate into electricity is widely regarded as a promising new source of green energy. This is known as the bio-electrocatalytic process. As Jing explains, “the MFC anode uses microbes rather than noble metals as catalysts for the conversion of chemical energy into electricity”. This brings with it distinct advantages for sustainability: the mild conditions in which the process can take place require no external energy input and the self-regenerating nature of the microbes substantially reduces the cost of the catalyst (as opposed to the use of noble metals).

Jing is currently working on advancing the use of MFCs: “My current research focuses on improving the performance of MFCs and further exploring the fundamental insights of the bio-electricity production process”, she explains. One of the research possibilities Jing is most interested in is the combination of MFC with other emerging sustainable energy technologies, such as artificial photosynthesis. She is convinced that the MFC process is at a development stage from which it could profit enormously from interdisciplinary attentions. “For the next step”, she says, “it would be the right timing to systematically integrate these advanced techniques into a single system, which would give rise to a superior MFC system with a bright future”.

The jury was impressed both by Jing’s past research successes and by her vision for future research projects. They believe that her contribution to the knowledge base available on the bio-electrocatalytic process is extremely valuable to furthering the cause of sustainable energy development.