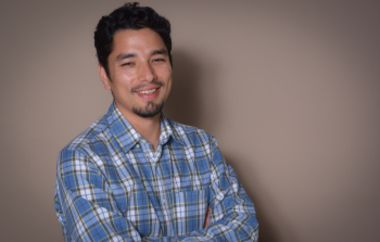 Paribesh recently completed his MSc in Physical Geography at the University of Zurich. In his thesis, he focused on evaluation of precipitation data for modeling runoff in Alpine regions in Switzerland.

Current position: Master of Science at University of Zurich, Switzerland

He is also interested in the impact of climate change in runoff and river flows, its associated risks and vulnerabilities, and how they subsequently affect water security. Paribesh has over eight years working for regional and international organizations such as the International Centre for Integrated Mountain Development in Nepal and the United Nations Environment Program in Thailand.

He was awarded a Green Talent in 2014 for applying his professional background in mountain development practice to enhance his scientific research into the hydrology of the Himalayas. For part of his research stay, Paribesh spent three months at the Albert Ludwig University of Freiburg, which was instrumental for the completion of his thesis. For the last few years, Paribesh has been working on glaciers, gaining field based experience and knowledge in collecting in-situ data in remote areas of Swedish Lapland and Kyrgyzstan in Central Asia.

Research focus: Response of snow and glacier melt to climate change, its effect on runoff and water availability scenarios in the Himalayas as well as natural hazard and risk assessment

Paribesh Pradhan is using his professional background in mountain development practice to enhance his scientific research into the hydrology of the Himalayas.

After completing his first degree in Engineering in his home country of Nepal, Paribesh spent almost ten years working for regional and international organisations. Working for organisations such as the International Centre for Integrated Mountain Development in Nepal and United Nations Environment Programme (UNEP) Regional Resource Centre for Asia and the Pacific, have left him with in-depth practical knowledge of environment and development practices of the region.

Last year, Paribesh decided to return to academia and pursue his special interest in hydrology with a postgraduate degree in Physical Geography at the University of Zurich. The supply of freshwater to vast numbers of people is dependent on the steady flow of melted glacier water throughout the year and thus directly linked to the “melt rate” largely determined by Earth’s temperature. “The Himalayas regulate the flow of 10 major river systems in the region and provide freshwater and irrigation for as many as 1.3 billion people in Asia”, explains Paribesh. “The question of how climate change will impact changes in runoff and river flows, subsequently affecting water security - including irrigated agriculture, human water consumption and hydroelectricity generation - is thus inherently related to sustainable development in the region.” Until now, research on how climate change affects runoff water flows has been primarily concerned with clean-ice glaciers. Using runoff modelling, Paribesh is undertaking research into the debris-covered glaciers, since “better estimates of snow and glacier melt from these glaciers can help predict future water availability and sustainable use of water resources”.

The Jury was impressed by the complementary way Paribesh is applying his specialist practical knowledge of the region to his scientific research. They believe the Green Talents Forum will give him the opportunity for an exchange of ideas and access to new perspectives before he launches the next phase of his academic career.