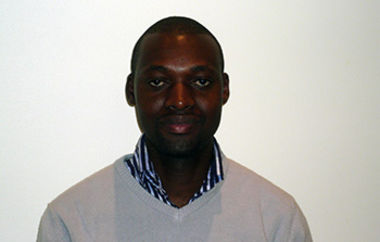 The organizers of the Green Talent Competition interviewed Mr Nemukula about his expectations for COP 17 and the role of youth in combating climate change.

What does it mean for you as young sustainability scientist to participate at COP17 as Youth Ambassador for Climate Change?
A.N.: "It is very exciting and a great honour for me. Especially because, traditionally, the youth have often been marginalised in "official" climate change talks. Recently, youth expressed their concern over poor representation at COP in the past, and this culminated in the formation of the Conference of Youth (COY) - which is now an annual event that takes place before the start of each COP. The Conference of Youth (COY) is about bringing together youth from all over the world who are passionate about sustainability and climate change. It's a place to connect, share skills and build a movement."

How important are the interaction of "official" COP17 stakeholders and the Youth of the World in order to address the pressing questions of climate change?
A.N.: "It is very important and that should never be over-emphasised. Given the magnitude of this conference and the fact that unfortunately not everyone can attend COP17, our job as Youth Ambassadors is to make sure that all the youth are given a chance to use this amazing COY7 opportunity to get to know, interact and learn from other youth climate movements across the world, and while doing so, get inspired and motivated to get up and join in the fight to face the climate crisis that the fossil generation is handing us over to deal with. And for us it's not just some conference. It is pretty more or less the only thing we have!"

In another context, you explained that very often scientific results were not properly taken into account by decision makers because of a huge gap between scientists, policymakers and other stakeholders of society. What can young scientists do in order to change this, to bridge this gap?
A.N.: "To be honest and realistic, COP17 is not going to do much anything about solving the climate crisis and we really have to come together as young generation of scientists and civil society and figure out this mess. We need every single hand we can get. And COY7 is a huge opportunity to build a big and strong South (African) youth climate movement that is linked to the rest of the global movement and will make a difference even after COP17. South Africa, and indeed the rest of Africa, will have millions of climate refugees to deal with very soon. And that is no minor challenge especially in a very unequal society with a lot of unemployment and poverty. To bridge this gap, we want to keep COY7 open and inclusive to as many young people as possible. I feel that closing the doors (as in official COP17 talks) and turning away potential young people with brilliant ideas would be irresponsible and a bit like leaving the future generations alone with this climate crisis."

South African researcher Aluwani Nemukula, PhD-student at the Institute for Water and Wastewater Technology, Durban University of Technology (DUT), is a first generation winner of the BMBF-competition "Green Talents - International Forum for High Potentials in Sustainable Development" in 2009. Whereas his research focuses mainly on the use of biomass as a renewable energy source, he is also interested in high-value metabolites and CO2 sequestration using microalgae. During his "Green Talents" research stay at the Institute of Bioprocess Engineering of the Karlsruhe Institute of Technology (KIT) in Karlsruhe, Germany, 29 year-old Aluwani Nemukula investigated certain properties of a specific type of South African microalgae in order to develop an integrated process for sustainable and energy efficient production of renewable metabolites. A high-calibre jury of German experts had selected Mr Nemukula and other 14 award winners in the first Green Talents Competition round in 2009 amongst more than 150 applications from 43 countries.

Further information on the COP17 can be found on the official UN-website.