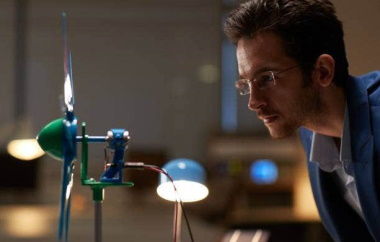 Green Talent Soheil Mohseni has recently joined a team of experts who are expanding a highly recognised open-source toolbox for simulating and optimising modern power systems, called PyPSA, for use on a global scale – with Dr Mohseni specifically focusing on the Australian and New Zealand contexts.

The PyPSA is a Python software toolbox for simulating and optimising modern power systems based on state-of-the-art artificial intelligence (AI) and machine learning (ML) algorithms. It can effectively model various variable renewable energy sources (such as wind and solar technologies) and energy storage devices (such as grid-scale and community-scale battery and hydrogen storage devices), whilst also handling sector-coupled energy systems integrating a high penetration of electrified transportation and heating loads.

The PyPSA is designed to scale well with large networks and long time-series data. The PyPSA’s vision is to provide a free, open-source, and user-friendly energy system modelling tool to support the global transition to renewables as part of the wider global deep decarbonisation efforts. More specifically, the PyPSA’s packages enable renewable energy techno-economic assessments, as well as the detailed technical analysis of complex electricity networks necessary for establishing a cost-optimal pathway toward a 100%-renewable energy economy. Such a deeply decarbonised energy economy is set to particularly rely on smart electrification with renewables and is expected to effectively leverage the potential synergies between major increases in renewable power generation, electrification, and digitalisation, whilst additionally laying the foundation for the unprecedented coordination of energy use across different end-use sectors – electricity, transport, and heating/cooling, amongst others.

Earlier this year, the PyPSA team announced that they were going global with the aim of developing a more advanced version of the tool that can be used on a global scale. Not only will the tool address energy system optimisation, but it will also provide an effective platform for building a useful open database, as well as supporting open-source solvers generally. More broadly, it can support the transformation to the so-called “grid of grids” paradigm where the unified energy network is collapsed into a collection of smaller, highly renewable networks that can operate in concert or independently within the wider smart grid milieu.

Currently working on the commercialisation of his innovative micro-grid sizing and designing tool, called SMOULDER, to help remote communities with their transition away from fossil fuels to renewables, as well as the grid-connected communities to reduce their energy bills, Dr Mohseni is glad to have had the opportunity to join the team of talented programmers and analysts to contribute to the “PyPSA meets Earth” initiative. Specifically, he will bring his talents to expand the model for application to the Australian and New Zealand power systems and cater for the associated context-specific model development needs.

“I hope that researchers, scholars, engineers, developers, modellers, policy-makers, and the wider community will benefit from my planned contributions to the project. I also hope that my contributions will play a role in de-risking community-scale renewable energy projects – given the high degree of non-dispatchability associated with future 100%-renewable energy systems integrating a diverse mix of renewable energy resources,” said Dr Mohseni.

Dr Mohseni is excited to meet the PyPSA team in Germany in person by the end of 2022 during his research stay which is funded by the Green Talents programme.