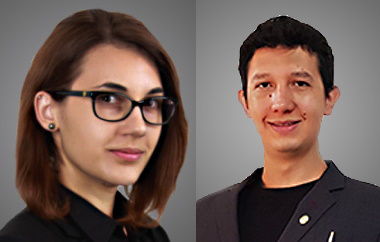 Jovana Milić and Daniel Ramírez Zora started a collaboration in their research field. This has finally come out as a granted project from a Swiss institution, which is intended to promote preliminary research collaboration and organise meetings or workshops. The project will start in April 2022 and is focused on developing new materials for improving stability of Perovskite solar cells.

Hybrid perovskites are one of the most promising materials for renewable energy production. Their solar-to-electric power conversion efficiency has so far achieved record values; however, the stability is still an issue towards perovskite solar cell commercialisation.

Two 2020 Green Talents graduates Jovana Milić and Daniel Ramírez Zora aim to address this issue through a collaborative project which has been recently granted by the Swiss Leading House for the Latin American Region, promoting collaboration between Swiss and Latin American researchers. Jovana and her team at the Adolphe Merkel Institute of the University of Fribourg in Switzerland have developed supramolecular materials that have demonstrated the capacity to stabilise hybrid perovskites, which has so far been demonstrated under laboratory conditions. On the other hand, Daniel and his team at the University of Antioquia (link only in Spanish) Colombia have the experience in the fabrication and testing of the performances of solar cells under real-world operation conditions.

Their joint project Stable Hybrid Perovskite Materials and Photovoltaics (StabMatPV) under real-world operating conditions uniquely combines their complementary expertise to enhance the stability of perovskite solar cells under real-world conditions by using supramolecular agents, which is critical for their application in the future.