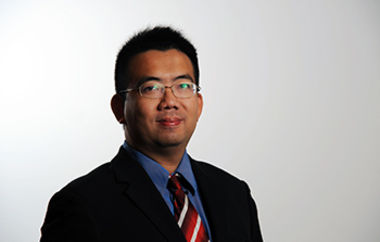 Tonni’s research focuses on water treatment, solid waste management, and renewable energy as well as the application of state-of-the-art water technologies for environmental protection. As one of the world’s best talents in his field, he participated in the 60th Interdisciplinary Nobel Laureates Meeting in Lindau (Germany) in 2010.

2016 DAAD Fellowship for participating in 2016 Science Tour
2015 IAP Fellowship for 2015 World Science Forum in Budapest, Hungary
2011 Cited most highly amongst the top 1% of scientists in engineering, according to the ISI’s Web of Knowledge

Environmental researcher Tonni Kurniawan has studied and worked in various parts of the world. For his Bachelor’s Degree in Chemistry, he attended Bogor Agricultural University in Indonesia before reading a Master of Science in Environmental Technology at Sirindhorn International Institute of Technology of Thammasat University, Thailand.

Mr Kurniawan earned his PhD in Applied Biology and Chemical Technology at The Hong Kong Polytechnic University, China. In recent years, he has been undertaking postdoctoral research at the University of Eastern Finland as a Marie Curie Experienced Researcher.

In June 2010 Dr. Kurniawan had a chance to participate in the “60th Interdisciplinary Nobel Laureates Meeting” in Lindau. Every year the world’s best talents in the fields of Chemistry, Physics, Medicine, or Physiology participate in the meeting dedicated to the Nobel Laureates in those fields. This event facilitates the transfer of knowledge between generations of scientists through panel discussions and seminars.

Dr Kurniawan’s main research interest is applications of water technologies such as adsorption and advanced oxidation process (AOP) to improve environmental protection. More specifically, he seeks for ways to capture water directly from non-traditional sources such as municipal wastewater and restore it to near drinking water quality. To this end he explores novel applications of nanomaterials to remove aquatic pollutants in a sustainable manner.

What the jury viewed as particularly noteworthy about Dr Kurniawan’s work was how often he had already been a part of international projects in science and research collaboration. Furthermore, the jury was impressed by Dr Kurniawan’s track records of scientific publications in peer-reviewed journals, the various scientific awards he had received, and above all, his work on the applications of various environmental technologies including nanomaterials to address global water pollution problems. This in turn is a field of study with great significance for promoting sustainable development.

“Germany has a long tradition and proven track record of research and development in environmental technology,” says Dr Kurniawan about his motivation for applying to become a Green Talent. “Whether water pollution control or water reuse, environmental research in Germany is internationally recognised.”