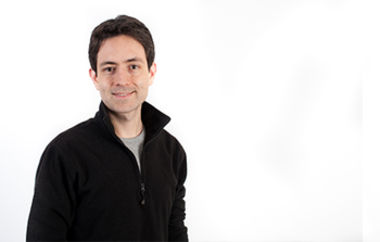 Andrés holds a Master’s degree in Construction from the National University of Colombia, where he also works as a teacher in the fields of architectural design, technology, and eco-productive architecture.

Current position: Professor at School of Architecture and Urban Design at National University of Colombia, Colombia

In his Master’s thesis Andrés developed a local green roof system, made out of recycled and locally sourced materials, with the aim to make Bogotá a more eco-friendly city. His research aims to develop tools to improve the assessment of eco-productive buildings.

Ricardo Andrés Ibáñez Gutiérrez is investigating how green building performance can be taken a step further. The next generation of green buildings will create a human-managed platform to produce and deliver environmental services in addition to optimizing energy consumption and reducing environmental impacts.

By incorporating a wide range of eco-productive technologies such as biotectonics, photovoltaics and environmentally responsive materials, buildings can improve the quality of the environment in urban areas by purifying air, managing water, absorbing noise, regulating the climate or creating a habitat for biodiversity, among many other eco-services. The human-built environment can even be designed to produce food and surplus energy from the sun.

These grand ideas are the focus of the young Colombian’s work at the University of Hong Kong, where he is a doctoral candidate. Ibáñez is building on the work he did during his master degree studies at the National University of Colombia, where he developed and studied local green roof systems made with recycled and light local materials to improve the quality of the environment in Bogotá. His research aims to advance the current green building assessment tools by developing methodologies to assess eco-productive buildings so that they can take part in ecosystem services trade-off schemes.

Ibáñez has experience as a consultant for environmental assessment, as a designer of green buildings and as a university teacher.

In Ibáñez’s home country, he was amongst the first people to introduce the concept of vegetated architecture as a sustainable technology to improve the quality of urban areas. He is the founder of the Colombian Network of Vegetated Infrastructure, and he penned the official green roofs technical guidelines for Bogota to be incorporated in the sustainable building standards of the city.

The jury noted Ibáñez’s broad scientific experience in eco-productive architecture, an area it sees as having much potential, given the rapid growth of the number of megacities in the world. In addition, the jury was impressed with his numerous publications and awards, as well as his teaching experience.

Ibáñez is keen to visit Germany, where the first positive energy architecture examples were implemented and where modern technology for roof greening started to be developed in the 1960s. “Today, Germany is the top country in development, implementation and policy on vegetated infrastructure. I look forward to meeting German pioneers in the field of eco-productive building,” he said. 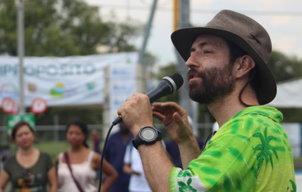