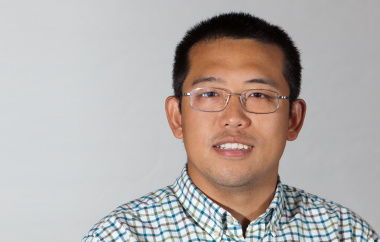 Yuan has been working on optoelectronics field for over ten years and started up a technical company in 2014, called Benewake Ltd. Co.

Yuan’s company concentrates on LiDAR (light detection and ranging) for smart products, making it available in obstacle and slam avoidance for drones (unmanned aerial vehicles, UAV), robots, and driverless cars (advanced driver-assistance systems, ADAS). With his scientific work, he is leading the development of the next generation of LiDAR (called DE-LiDAR), which is 10 millimetres in size, weighs 100 grams, has a range of 100 metres and an all-weather applicability.

A physicist, Li Yuan’s work in optics is breaking new ground in the field of 3D solar cells – an area where technological advances will have a significant impact on the viability of solar power applications around the world.

A physicist with background in optics, Li Yuan is working on improving the efficiency of solar cells and breaking new ground in the field of 3D photovoltaics. His focus is on a new solar cell architecture known as “optical confinement architecture”, which confines optical energy to make photons more accessible for exciting electrons within the solar cell. Li's models demonstrate higher absorption, photocurrent density and quantum efficiency compared to conventional planar cells, as well as improved performance at high light intensity.

A research scientist at the NANOTECH Center for Nanotechnology and Molecular Materials at Wake Forest University, USA, Li is spearheading collaboration between the USA and his native China in a field where technological advances will have a significant impact on the competitiveness of solar technologies and energy consumption patterns around the world. “The German Advisory Council on Global Change predicts that solar power will account for over 60% of the total energy output around the world by the end of this century,” says Li. “3D solar cells have attracted tremendous interest from scientists and industry all around the world and have the potential to dramatically improve efficiency and contribute to this kind of transformation.”

Li most impressed the Green Talents jury with his passion for his work, his groundbreaking contributions to 3D photovoltaics, his extensive list of publications and his leadership in forging international collaborative partnerships.