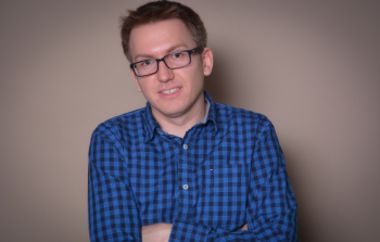 Burak’s research focuses on the development of semiconductor nanomaterials with tailored optical properties to accomplish energy-efficient next-generation optoelectronics, which will strongly contribute to the sustainable development of the world.

PhD in Electrical and Electronics Engineering

Interdisciplinary research is the common theme found in the many successful projects PhD candidate Burak Guzelturk has already undertaken in the area of nanotechnology and lighting systems.

A specialist in lighting technologies, Burak is a firm believer in the advantages of interdisciplinary research. “Interdisciplinary work among various fields is the key to achieving high efficiency in renewable energy and lighting technologies such as highly efficient solar cells and light-emitting diodes”, Burak says. With a background in electrical and electronics engineering, Burak took an active interest in other fields, such as physics and chemistry, throughout his academic career. Now a PhD student, Burak is part of a highly interdisciplinary research group and has an impressive record of research successes in the field of light harvesting and generation systems via nanophotonic systems.

Burak’s successful past research projects include the hybridising of organic solar cells with semiconductor nanocrystals to enhance efficiency and the sensitising of silicon via nano-emitters, enhancing the UV-Blue spectrum of visible light. He also helped to develop and patent light sensitive, low cost, ultra-lightweight nanocrystal based devices, which are promising in their potential application as “smart windows”. Another highlight was his participation in the development of wearable textile based nano-energy generators, which are being patented in the US. As part of an EU-funded Network of Excellence, Burak also worked on efficient optoelectronics systems, such as highly versatile and efficient lasers of colloidal nanocrystals for white light generation. White light for solid-state lighting was also the object of a recent project, using cadmium-free nanocrystals of ZnSe with manganese and high colour crystals.

The jury was impressed by Burak’s broad array of successful experiments and his enthusiastic commitment to interdisciplinary research. They are confident that participation in the Green Talents Forum will give him further impulses for research projects and future collaborations.