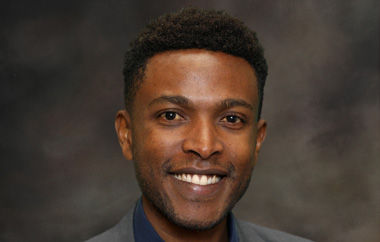 In his current research, Kennedy is contributing to the Future of Climate Cooperation project, which aims to better understand what institutional changes are needed for the broader international climate regime to achieve its goals. To this end, the project will bring together existing research, promote further investigation into knowledge gaps and explore different areas to address critical gaps and weaknesses.

Current position: Postdoctoral Research Associate at The Blavatnik School of Government at the University of Oxford, UK

For his Master’s thesis, Kennedy conducted a study on the effectiveness of international public climate finance in Kenya. After completing his MSc in Environmental Management and Sustainable Development, Kennedy went back to Nairobi to work with the African Centre for Technology Studies (ACTS), a premier public policy think tank. He later began doctoral studies at the University of Melbourne, Australia, where he completed research on the linkages between trade policy and international environmental governance. He also co-founded the Africa Research and Impact Network (ARIN), a novel and dynamic research network based in Nairobi, Kenya. As a Postdoctoral Research Associate at the Blavatnik School of Government, University of Oxford, Kennedy is currently working on the Future of Climate Cooperation project.

As one of the youngest Green Talents Awardees of 2014, Kennedy already has an outstanding academic record. With a background in Environmental Resource Conservation, he is now pursuing a Master’s of Science degree in Environmental Management for Sustainable Development at the UNEP-Tongji Institute of Environment for Sustainable Development in Shanghai, China. His extra-curricular activities are no less impressive: he was a member of the official Kenyan delegation to the COP18 UN Framework Convention on Climate Change in 2012, and is also co-founder and director of the GreenBits Initiative, which campaigns for more education in the area of sustainable development.

Kennedy’s current area of research is a crucially important but often neglected aspect of the fight against climate change. “While climate change discourse is at a mature stage in Kenya, the discourse around climate governance is less developed”, he explains. The increasing availability of international funds to help fight the effects of climate change comes with the attendant responsibility to ensure that the funds reach their target beneficiaries and are used to their greatest possible effect.  In his research, Kennedy addresses questions such as the effectiveness of the architecture of international and national climate finance regimes; the accessibility of funds to intended targets and the identification of various stakeholders in climate finance governance. For his Master’s thesis, he is exploring these issues in a case study of the UN programme for Reducing Emissions from Deforestation and Forest Degradation (REDD+) in Kenya.

The jury was particularly impressed with Kennedy’s enthusiastic activism and his clear vision of the practical applicability of his research to improving sustainable development in the future. They felt that he would benefit greatly from the opportunity to interact with German specialists as he prepares for the next phase of his academic career.