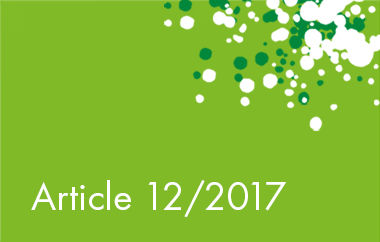 "The Future Ocean” Cluster of Excellence in Kiel is a model of multi-disciplinary working. It marries field like as physical oceanography, maritime and environmental law, biology, geochemistry, resource economics, political science and informatics. The results across fields are impressive – Is it a scaled-up polymath?

Leonardo da Vinci (1452-1519) was a true polymath. He explored just about every field of human knowledge across the sciences, literature and the fine arts. By the eighteenth century, as scientific understanding deepened, it became impossible to become a ‘da Vinci’. Science generalists, however, like Alexander von Humboldt (1769-1859), continued to exist.  He covered a range of research fields, amongst other things, oceanography, but left it to artists like Caspar David Friedrich (1774-1840) to paint beautiful depictions of breaking ice floes. Strangely, though, the science generalist is returning, if in another form.

When asked a what modern-day polymath looked like, Professor Rafael Luque (Spain, 2011 Green Talent), himself an organic chemist, answered, ‘a da Vinci-like individual, strictly speaking, does not exist nowadays, but modern scientists do often work together across fields on a number of research questions which bind them. These groups don’t usually include fine artists and designers but could be something close to the modern polymath.’

Could artists be brought into such multi-disciplinary teams to create a scaled-up Leonardo? And, if so, why? The answers are ‘yes’ and ‘for good reason.’

Let’s step back to 2005 when the German Federal Ministry of Education and Research (BMBF) started funding ‘Clusters of Excellence’ as part of its Excellence Initiative. It is injecting €4.6bn into world-leading research up to 2017 and the lure of funding for shared-interest clusters has brought like minds together to create multi-disciplinary research programmes. The proposals were assessed by the German Research Foundation (DFG), managing the Excellence Initiative at arm’s length from the BMBF, basing its decisions purely on research excellence.

In 2006 a candidate for scaled-up Leonardo emerged; the ‘Future Ocean’ Cluster of Excellence whose members were researchers from the University of Kiel, GEOMAR, Institute for the World Economy (IfW) and the Muthesius University of Fine Arts and Design.

Professor Martin Visbeck, physical oceanographer and cluster coordinator, takes pride in Future Ocean’s broad scope and vibrant intellectual community. Asked what being a cluster of excellence has added other than funding he emphasized that ‘it has brought the Kiel academic community together, made marine science a focus across disciplines and has raised questions which cut across diverse fields. The Future Ocean Cluster of Excellence has created a very rounded academic environment.’

The Future Ocean has also created new institutional structures to knit fields together such as the Integrated School of Ocean Sciences (ISOS) doctoral programme and the Integrated Marine Postdoc Network (IMAP), a network of more than 120 post-doctoral researchers working in a cluster partner on multidisciplinary projects designed to support researcher career development. (If you want a sense of how many fields of research are involved look at the credits on Future Ocean’s conceptual video.) And, Future Ocean is interfaced with the ‘Maritimes Cluster of North Germany`, a cross-sector maritime knowledge transfer community-, and the United Nations. So, does adding art and design to a science-based subject add any value?

Professor Visbeck is emphatic, ‘Yes it does. Climate change and sustainability research needs to translate into societal impact and that itself needs excellent communications with all our contacts. We have developed cool science communications at Future Ocean, just look at our interactive scientific poster and you will see how we open up our capability to communicate within and outside of the scientific community.’

The interactive posters (please have a look at our Photo Gallery below) are the creation of The Muthesius Academy of Fine Arts and Design, a specialist in the visualisation of scientific research, in collaboration with Future Ocean scientists. They are perhaps the most beautiful scientific posters ever, with annotated interactive animations of submarine landslides and tsunamis. The project, led by Professor Tom Duscher, won the internationally renowned Red-Dot ‘Best of the Best’ award (2014). Professor Duscher is committed to the transfer of scientific knowledge into the political and public realm because ‘it promotes public and political mainstreaming of valuable knowledge and helps crowd out uninformed policy from the policy debate about oceans and their role in climate dynamics.’

Duscher is also a joint author of the recently published book Sensing the Ocean: A Collaboration between 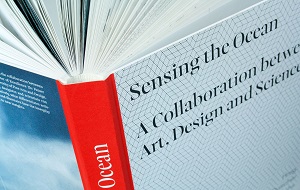 Art, Design and Science based on the Future Ocean’s work. He noted, ‘the arts expand public engagement to help demonstrate the openness, transparency and accountability of publicly-funded research. Sensing the Ocean really is the culmination of a valuable and intimate interplay between art, design and science competencies which gives rise to new insights – it is the crystallization of several fields of knowledge diffusing into each other – like how a polymath might have subconsciously mixed approaches during the European Renaissance but as a group purposefully cutting across disciplines.’ And there, the analogy with Leonardo da Vinci is completed.

Kiel´s Future Ocean Cluster of Excellence is a scaled-up polymath. It actively creates jobs for many researchers in varied fields rather than being the patron of a single intellect.

After learning more about Future Ocean’s all-embracing approach Rafael Luque said, ‘Kiel looks like an absolutely wonderful place to work. The cluster does exactly what society needs by keeping committed climate and sustainability scientists, lawmakers, philosophers and consummate communicators networked to create multiple virtuous cycles. Such is the way forward!’