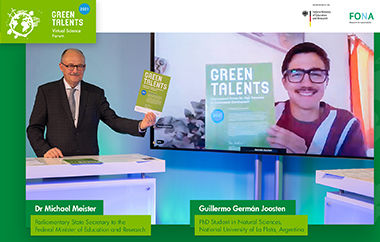 Guillermo Germán Joosten, one of this year's Green Talents awardees from Argentina, shares his personal thoughts on the Virtual Science Forum 2021.

It’s 3.15 a.m. on a Wednesday in El Cóndor, a small village on the northern coast of Patagonia, Argentina. My alarm goes off. It is too early for anything, even the alarm of a friend who lives nearby and works the land won’t ring for another two more hours. As I try to make some sense out of reality, I fix myself some mate (caffeinated drink typical from southern South America) and start opening the windows of my home. The only sounds that I hear are the waves of the sea and some birds, mainly the Austral Thrush. The only lights that I see are thousands of stars and the only streetlight that is not broken. Contrastingly, sounds and lights from all around the World suddenly materialize on my computer. It’s 3.30. It’s time for the Science Forum, and 25 Green Talents including myself are coming together to go through it. Some of them may be seeing a completely different set of stars in the Northern Hemisphere, or maybe they are hiding from the midday sun in Nepal, or watching it go down the horizon in New Zealand. But somehow, through the magic of the Internet, we are all experiencing the same. 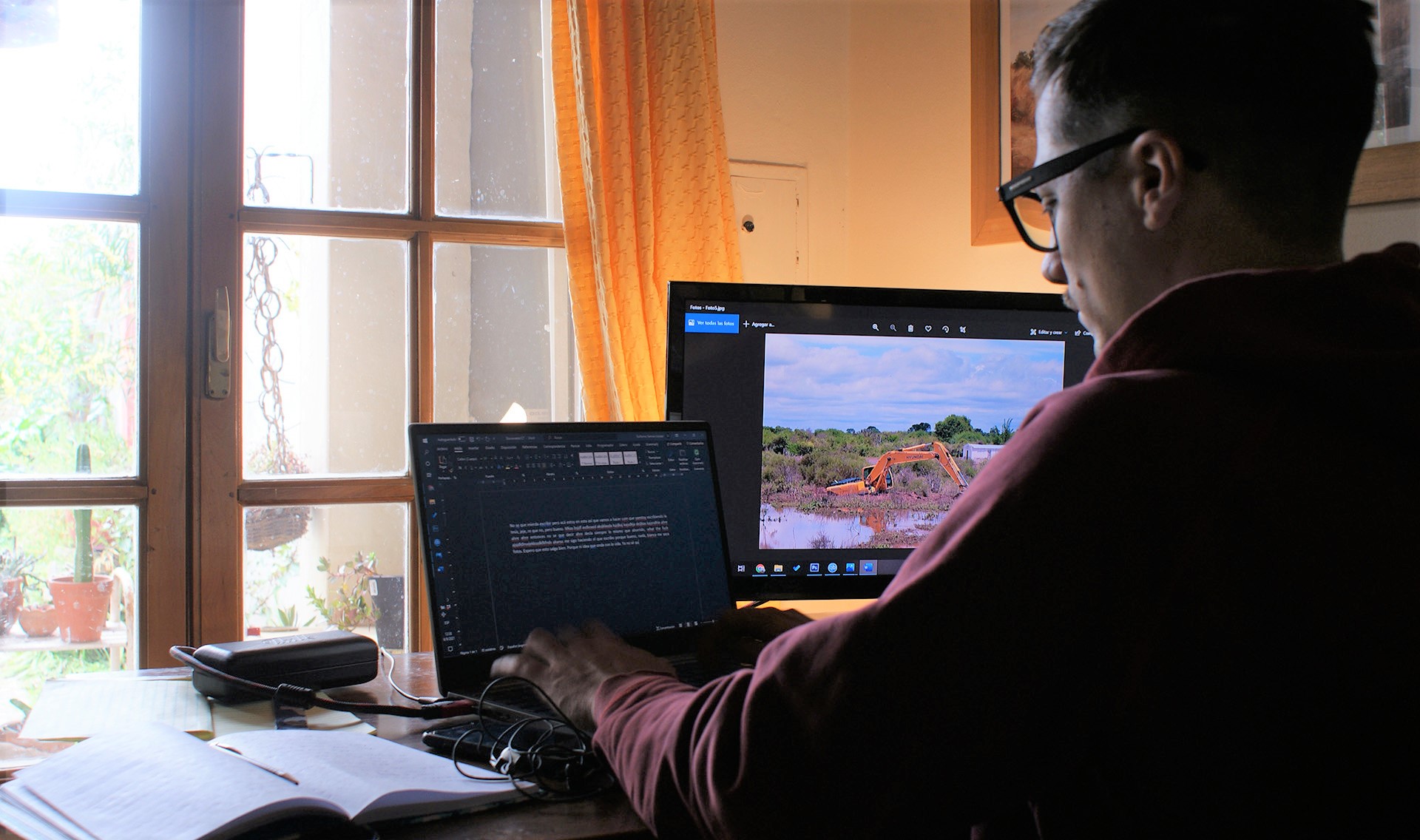 The Science Forum 2021 was rather intensive, I can say. Science pitches, media training, coffee tables, alumni workshops, and science sessions, among other activities, succeeded one another for 7 days during not-so-natural hours. Two rather similar activities from that spectrum were the ones that surprised me the most and had a direct influence on my work in surprising ways: the Media Training and one of the alumni workshops. The workshop by an Australian Green Talent 2020 was about building a successful scientific profile in social media. This inspired me to accept a part-time job a few days ago as a community manager for a local environmental education project, and I am eager to put all her tips to use. Then, the media training session was imparted by a German psychologist who in just two hours managed to train us to explain our projects in a way that people not only understand their basic science, but also see their importance, and remember it (and us). This proved more than useful even the day after it when it was my time to do the Science Pitch and got excellent feedback and challenging questions from my fellow Green Talents.

Of course, social media and selling speeches were not the focus of the Forum: Science and Sustainability were the main characters in this week-long story. The SDG workshops, for instance, were as diverse and pluralistic as the spirit that came up with those goals in the beginning. There we learnt how to transform science into earthly action with an actual impact on local communities. They also served as a model for imagining personal futures, since they were organized by former Green Talents who now collaborate and whose work makes a difference, a greener one. A special recognition also goes to the activity in which I took the most notes: the Info Workshops on research opportunities in Germany. I think they will come in handy in the next few years.

When I found out that I had been selected as a Green Talent, in addition to a huge thrill, I was afraid that I would not measure up to my 24 peers, as many have won other awards and had numerous influential publications. However, now that I met them, I realized that we share great potential for working on the SDGs and I am glad this type of opportunity exists for polishing raw talents, and not just the already known reward for following the fixed path to becoming a researcher. A path that is usually not welcoming of personal ups and downs, does not understand social inequalities, and does not lead anymore to a certain destination. 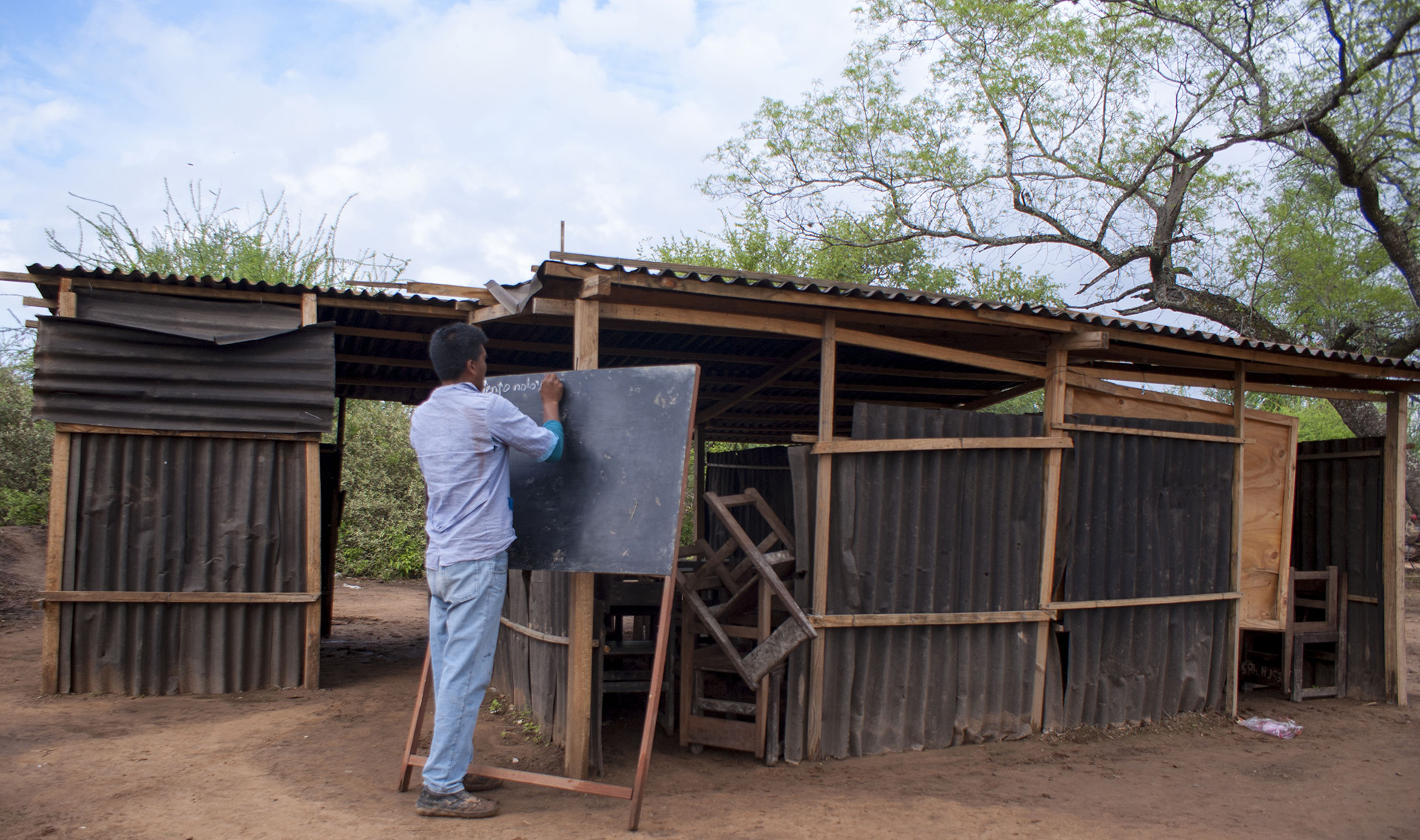 Even though I started this note on the wonders of the Internet, I want to end it with a reflection on the future to come. The whole purpose of this Award and the work of its awardees is to build a greener future, and that will not happen by staying behind a computer. We sustainability scientists must get our hands and coats dirty and work in the real world. A clear separation between science and society is what drove us to the current environmental degradation, where most socio-environmental issues are now strictly anthropogenic or anthropogenically-worsened natural hazards. Let’s turn off our computers from time to time. What sounds do we hear? What lights do we see? Where can we help? What real difference can we make? After the Science Forum 2021, I believe, more than ever, that it is in our hands to make the change we want to see in the world, or at least the first step.