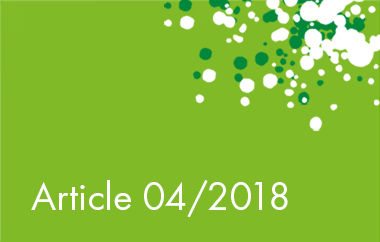 Industrialism is defined as ‘a socio-economic system with prevalent manufacturing industry’. Can Fraunhofer’s applied industrial research be ‘green’?

Industrialism, since the industrial revolution, has encouraged transfer of research results into manufacturing new products. Sadly, the astonishing gains from applied research and global industrialisation have been accompanied by producer and consumer pollution which damages our own ecosystem. This has made ‘industrialisation’ and ‘industrialism’ almost toxic words. But, given the irresistible drive towards industrialisation in developing countries, can one of the world’s most successful applied research organisations, the Fraunhofer-Gesellschaft (Gesellschaft = Society), be an appropriate research venue for Green Talents or considered at all ‘green’?

Fraunhofer is Europe’s largest applied science organisation. Its turnover is some €2.3 billion a year, €2.0 billion coming from its 72 individual institutes’ collaborations with business. This market-facing funding model keeps researchers’ minds on the commercial value horizon, making Fraunhofer institutes exciting venues for scientists who want to see products developed from their research. This now includes environmental scientists because consumer demand has embraced environmentalism. Truly sustainable products are a political necessity and are marketable.

Fraunhofer institutes have been ideal for the numerous Green Talents who have visited the institutes during their Science Forum or had their research stay at one them.

r Eckhard Weidner, director of the Fraunhofer Institute for Environmental, Safety and Energy Technology UMSICHT, was a jury member for the 2017 competition. Given the urgent need for future industrialisation to become sustainable Professor Weidner said he ‘was encouraged by the high quality of applicants from all over the world.  They gave me hope that a circular global economy can be realised before it is too late. We need to ensure that sustainable technology is part of developing countries’ economic expansion. The Fraunhofer helps to make this happen now and is ready to increase our global collaboration.’

Fraunhofer’s institutes are organised into eight research groups, none of them themed on the environment. Instead, sustainability runs through the organisation, perhaps not as a special case but as the norm. UMSICHT is part of the Production group, and the Materials and Components’ group which also includes the Institute for Solar Energy Systems ISE and the Institute for Infer-facial Engineering IGB. Both have a strong focus on sustainability.

Brett Hallam’s (Australia, 2016) three-month research stay was at ISE. ‘The infrastructure an 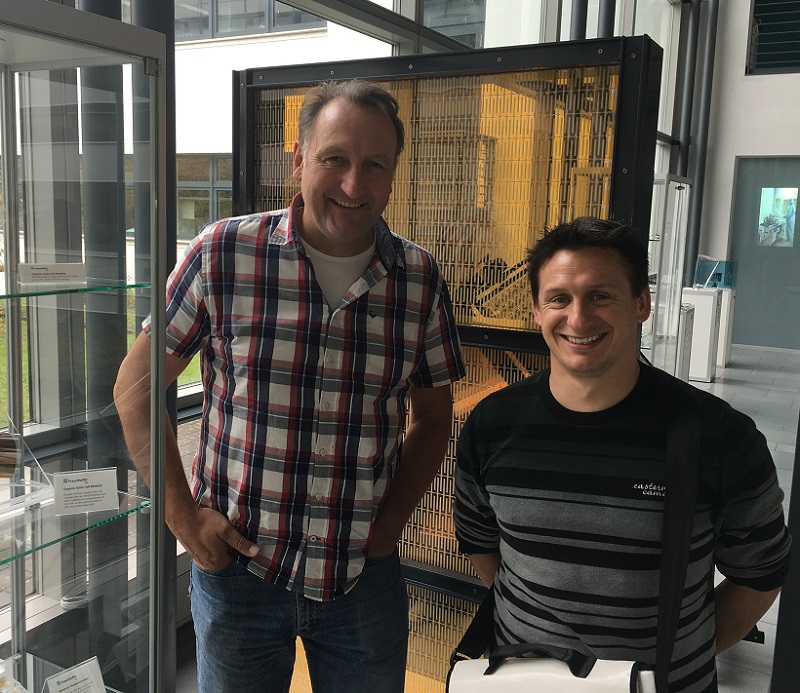 d people are amongst the best in the world for photovoltaics. Whilst there, I discovered that the polymer I was exploring for manufacturing low-cost solar cells (PEDOT:PSS) was unstable and that testing it when in contact with silicon changed the polymer’s properties. I’m planning to go back for a collaboration and, of course, a beer in Freiburg and hiking in the Black Forest.’

Photovoltaics isn’t the only subject at ISE. Heather Buckley’s (Canada, 2014) research stay at its Division of Energy Technology and Systems allowed her to immerse herself in the conversion of lignin (waste pulp from the paper industry) into chemicals commodities, usually derived from fossil fuels. “I started from a traditional chemistry background and this was a fantastic opportunity to get deep insight into the competencies of engineering colleagues and collaborate with them.”

At the Institute for Infer-facial Engineering IGB, Wasif Farooq (Pakistan, 2016) investigated microalgae photobioreactors in incident light and large-scale cultivation of microalgae in sunlight-sufficient areas. ‘The freedom to explore, the people and the infrastructure was amazing. It gave me a taste of real-life issues whilst developing a pilot facility in Leipzig without being purely focussed on publication.’ The eventual products could include pigments and oils for food, medicine and salmon feed. 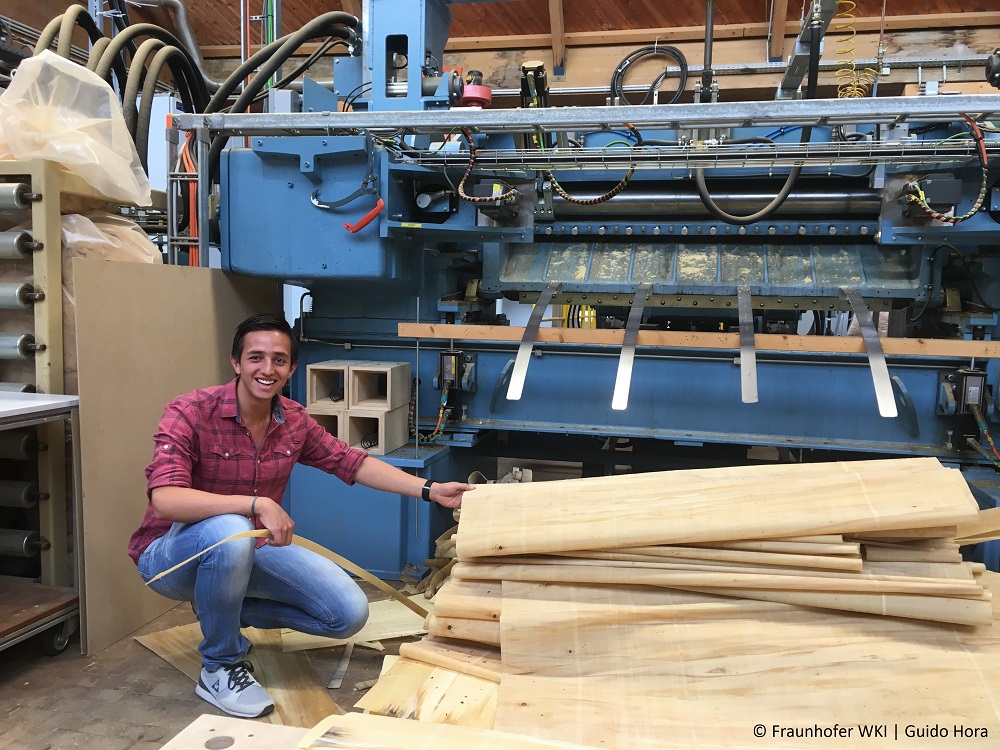 This concern with industrial processes is shared at the institute for Wood Research, Wilhelm-Klauditz-Institut WKI where Carlos Andrés García Velásquez (Colombia, 2016) had the opportunity to research state-of-the-art supply chain and production methods for recycled waste wood. He believes developing countries can adopt this technology. “It was great to publish a paper with my supervisor, Dr Guido Hora, at WKI. My stay informs my current work at the National University of Colombia on a sustainability analysis of biorefining residues from coffee and plantain (lignocellulosic biomass). I hope to work with the WKI again soon.”

Fraunhofer’s reputation is based partially on the international reach of Germany’s own 20th-century industrial modernisation, in which it has been instrumental. In 2018 more and more nations are creating modern economies based on production and consumption. Given the past polluting nature of this industrialist imperative it is no wonder that the United Nations’ twelfth Sustainable Development Goal is to ‘ensure sustainable production and consumption patterns’. There is some hope that this is achievable. The experiences of the Green Talents at the Fraunhofer show that industrialism as an idea is rapidly absorbing environmentalism.

Professor Weidner added, “We are driving hard towards sustainable production and quite naturally want to work with international Green Talents Alumni and people like them and their nations to ensure that SDG 12 is met.”

So, can applied, near market research be 'green'? Yes, of course.