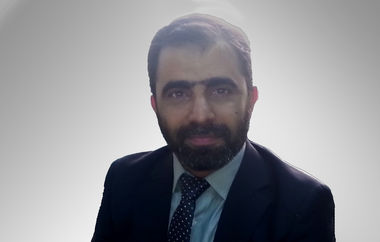 Wasif Farooq uses his knowledge of micro-algal biotechnology to reduce the negative environmental effects of using fossil fuels in industrial processes in his home country of Pakistan by developing innovative carbon capture and storage techniques.

Research focus: the integration of micro-algal biotechnology with fossil fuel based power plants for improved CO2 capture in biofuel production

Due to their non-renewable character and their causal connection to global warming, fossil fuels are no longer a favoured option for industry as societies continue to advance. Yet, transitioning from fossil fuels to renewable energy sources is simply not possible in less developed countries at this time. Carbon capture and storage techniques are at the forefront of efforts in places like Pakistan to mitigate the negative atmospheric impacts of using fossil fuels in the interim.

Farooq’s research focuses on creating more energy-efficient mechanisms for carbon capture and storage (CCS) by applying his knowledge of algal biotechnology based carbon capture (ABC). Not only can microalgae serve as a clean carbon storage mechanism, but it can also convert carbon into green energy through photosynthesis. Farooq’s research in improving and implementing the ABC process is making it an increasingly viable option for cleaner energy in his home country of Pakistan.

Farooq has a master’s degree and a PhD from the Department of Chemical and Biomolecular Engineering in South Korea. His higher education was fully funded through scholarships, which he earned from KAIST and the Pakistani Higher Education Commission. Since 2015, Farooq has worked as an assistant professor in the department of Chemical Engineering at the National University for Science and Technology (NUST) in Pakistan. He has also authored and co-authored several different papers, which have appeared in notable scientific journals such as Bioresource Technology. Farooq also holds two patents for his unique methods in harvesting green algae and producing high-energy biodiesel.

The jury is enthusiastic about Farooq’s contributions in helping Pakistan achieve its sustainable development goals. His innovations could significantly reduce greenhouse gas emissions on a national scale, and their implementation in the industrial sector will also stimulate economic growth.