Zhu Liu has been named as one of 35 innovators by MIT Technology Review, for his contribution of the study on carbon budget and the anthropogenic carbon sink. 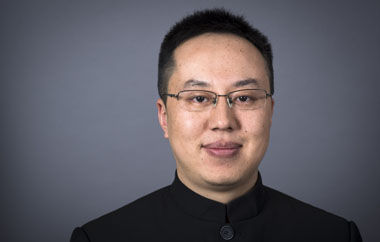 Zhu Liu is a Resnick Prize Postdoctoral Scholar at the California Institute of Technology with a strong background in academic publishing focusing on carbon emissions.

Growing up in China, Liu developed an interest for sustainable development, which led him to his research project. As a postdoctoral research fellow in sustainability science at Harvard University, he explores the options for a low carbon development in China. His research develops bottom-up energy, water and emission inventories aiming to uncover the social and economic driving forces of China’s energy and emission growth. In his study, he addresses the tensions between industrial activities and the production of human-induced carbon emissions, which are the primary cause of global warming. Using interdisciplinary methods, he assesses issues of energy, climate change, sustainability and public policy.

Recently, at the California Institute of Technology, Liu has been working with a team from the NASA’s JET Propulsion Laboratory to trace global mega city carbon emissions by using satellite data. The information will be used to construct the carbon emission distributions with high spatial and temporal solutions. This space technology will help the scientific community to better understand the scale of human activity and will provide an alternative source of information in light of the fact that energy statistics are currently reported by governments and are susceptible to manipulation.

Liu holds a PhD from the Chinese Academy of Science in China and is currently conducting the world’s largest carbon emission survey. The China Carbon Project, which is supported by the Chinese Academy of Science, has a total budget of $130 million. His research papers have been published in academic journals including Nature, Nature Climate Change and PNAS. His work has also been covered by more than 300 international media outlets such as BBC, The NewYork Times, The Guardian and New Scientist. In the future, he wants to continue using crosscutting measurements and big data technology to assess human impacts on the planet.

The jury admired Liu’s scope of research and his willingness to keep working on alternative methods for gathering carbon emissions data. Liu, after winning the award, is excited about the new cooperation opportunities offered by Green Talents.