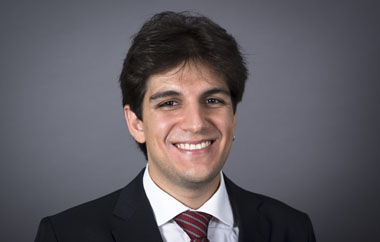 As an associate researcher in the Mamirauá Sustainable Development Institute, Hani has been collecting and analysing data on game mammals’ biological traits as well as on hunting and trade of wild meat in the Brazilian and Peruvian Amazon, with strong participation and support from the local people.

Research focus: achieving sustainable use of wildlife in the Amazon through participatory methods

Hani seeks solutions for a lack of life-history data on Amazonian wildlife. The new perspective he is providing to sustainability research is an innovative, community-based approach to obtaining reproduction information on wild mammals of the tropics, which can be applied in sustainable wildlife management initiatives across the world. He points out that almost no management strategy has been successfully developed in dense forests because of the severe lack of biological information, and scientists struggle to infer natural phenomena with very inaccurate data.

CV as submitted for the Green Talents award (2016):

Research focus: achieving sustainable use of wildlife in the Amazon through innovative methods

Due to rapid population growth over the past decades, hunting of tropical game species has intensified and triggered a bush meat crisis, characterised by a critical decrease of wild populations and extinctions of target species due to overhunting. Currently, wildlife overexploitation is considered to be a major cause of worldwide tropical biodiversity loss. Therefore, in his research, Rocha El Bizri seeks solutions for a specific lack of reproductive data on Amazonian wildlife. He asserts, ‘We aim to elucidate biological data that will be useful to the development of mathematical models with which local communities, conservationists and political figures could make effective decision making for managing wildlife in the Amazon’. Rocha El Bizri believes that his project support efforts, which have already been made in Germany, will help to achieve worldwide sustainability, particularly in the poorest countries.

This year, Rocha El Bizri started his studies at the Universidade Federal Rural da Amazônia (Amazon Rural Federal University) in health and animal production in the Amazon, which is closely connected with his previous activities and research. As an associate researcher in the Mamirauá Sustainable Development Institute, he has been working on the data collection and analysis of game mammals’ biological traits as well as hunting and trade in the Brazilian and Peruvian Amazon with both the strong participation and support of local people.

The primary new perspective he is providing to sustainability research is the creation of an innovative community-based approach to obtain particular reproduction data on wild mammals of the tropics, which can be applied in sustainable wildlife management initiatives across the world. Rocha El Bizri pointed out that almost no management strategy was successfully developed in dense forests because of the severe lack of biological information, and scientists struggle to infer natural phenomena with very inaccurate data. Rocha El Bizri explains, ‘Our approach involves the local communities in the data collection and analysis, and will facilitate the establishment of management programs in Amazonian countries’.

The jury was impressed by Rocha El Bizri’s collaborative and voluntary work with the Amazonian villages. The forum will provide him with a great opportunity to represent Brazil as one of the premier young researchers on Amazonian hunting science.