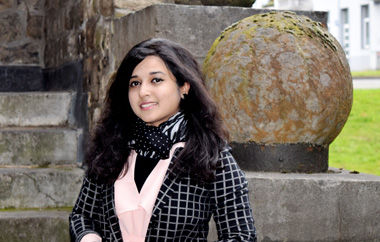 Shougat Nazbin Khan, Green Talent in 2015,  got featured on the world famous Forbes 2017 edition as one of the top Pioneer Asian Women under 30.

Shougal Nazbin Khan has recently leapt another giant step forward in respect of her accomplishments, making 'Forbes 30 Under 30 Asia: Social Entrepreneurs' list this year as one of the top Pioneer Women. Forbes, the US-based bi-weekly business magazine, this year featured a total 300 young entrepreneurs in 10 categories. She is first young woman in Bangladesh to feature her name in the list of Forbes.

Khan founded H. A. Digital School & College on her family's land in northern Bangladesh, with the goal of providing education for the rural poor through digital tools. The school charges a minimal tuition while offering free textbooks, school uniforms and transport. Khan, who has helped 600 children so far, received the Commonwealth Youth Award for Asia in 2016. She has also developed a low-cost solar irrigation system for which she was awarded the Green Talent award in 2015.