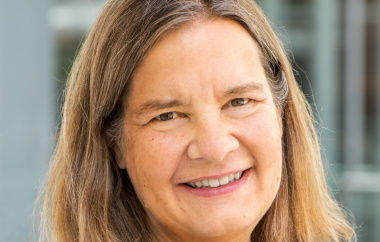 “Germany is at the forefront of global efforts to tackle many of the world’s biggest sustainability challenges. Green Talents become part of an international network of highly creative thinkers engaged in interdisciplinary research into sustainable development. The Green Talents programme is a wonderful opportunity for bright young minds to expand their horizons while contributing to the search for sustainability solutions.”

Professor of Environment and Climate Policy at TUM School of Governance

Prof. Miranda Schreurs holds the chair for Environment and Climate Policy at TUM School of Governance which belongs to the Technical University of Munich.

Miranda Schreurs’ research focuses on international and comparative climate policy, environmental politics, and low-carbon energy transitions. She is involved in projects examining the energy transition in Germany and Japan; climate policy in Europe, the United States, and China; and the politics of high-level radioactive waste management.

Miranda Schreurs is vice chair of the European Environment and Sustainable Development Advisory Councils and co-chair of the National Citizens’ Oversight Committee, which is monitoring the search for a final repository for high-level radioactive waste in Germany. In 2011, she was appointed as a member of the German Ethics Commission on a Safe Energy Supply. From 2008 until 2016, she served as member of the German Advisory Council on the Environment.

A U.S. citizen, Miranda Schreurs earned her PhD from the University of Michigan. She has researched and taught at several Japanese universities, returned to the United States, and conducted research at the John F. Kennedy School of Government at Harvard University for three years, supported by a MacArthur Foundation grant. She was a professor in the Department of Government and Politics at the University of Maryland before becoming director of the Environmental Policy Research Center and professor of Comparative Politics at Freie Universität Berlin in 2007.