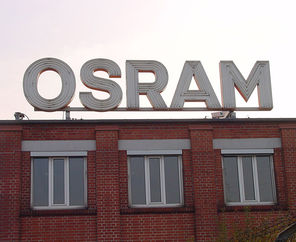 Siemens is the world's largest supplier of green products and solutions. In addition, the company is involved in various climate protection initiatives around the globe.

The world's largest and most efficient gas turbine
Highly efficient gas turbines are an important part of the Siemens environmental portfolio. The world's largest and most efficient gas turbine was built in the Siemens plants in Mülheim an der Ruhr and Berlin and is the centrepiece of the combined-cycle power plant operated by E.on near Ingolstadt in Bavaria. The plant achieves a world-record efficiency of over 60 per cent, which benefits both the environment and the climate: Based on the worldwide emissions for power generation, each new combined-cycle power plant fitted with this turbine could reduce carbon dioxide emissions by some 700,000 metric tons a year.

Commitment to Climate Protection
Siemens is leading by example in the area of climate protection. By 2011, the company aims to reduce its own CO2 emissions (in relation to revenue) by 20 percent (compared to 2006 figures). In addition, Siemens is involved in various climate protection initiatives. It co-founded the "Business for Climate Protection" initiative of the Federation of German Industries (BDI) and helped to launch the industry-politics dialogue on climate protection together with the Federal Ministry for the Environment. In numerous studies on cities around the world, Siemens analysed the key factors for CO2 reduction and proposed solutions. In the "European Green City Index", Siemens analysed and ranked the sustainability of 30 major European cities last year.

Sales for the OSRAM group worldwide in the year ending September 30, 2009 totaled 4.0 billion euros, 88 percent of which came from outside Germany. OSRAM is a high-tech company in the lighting industry. Over 66 percent of sales come from energy-efficient products.

This global player employs more than 39.000 people worldwide, supplies customers in some 150 countries and has 46 production facilities in 17 countries. The OSRAM facilities in Berlin are Lead Factory and Competence Center for High Pressure Discharge Technology.