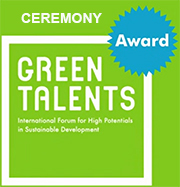 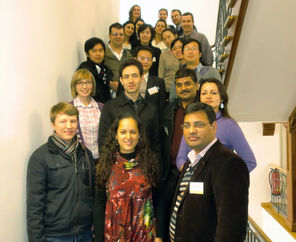 Dii is a unique private industry joint venture that was launched as the "Desertec Industrial Initiative" in July 2009. They aim at creating the conditions for an accelerated implementation of the Desertec concept in Europe, North Africa and the Middle East (EU-MENA).

Dii - turning the Desertec vision into reality
Desertec stands for the vision of sustainable energy supply from the deserts all over the world. The Munich-based  Dii (launched as "Desertec Industrial Initiative") is working towards enabling this vision in Europe, the Middle East and North Africa (EUMENA). The  idea behind the concept is that clean energy should be generated in those places where energy is most abundant. In the case of solar power, those places are the world's deserts, which are exposed to more solar energy in six hours than humanity consumes in a year. A high-voltage direct-current grid can carry solar energy generated in the desert to where it is needed, with a minimal loss of energy even over long distances. Heat-storage tanks allow solar thermal power plants in the desert to generate electricity day and night, thus guaranteeing a continuous power supply. The Desertec concept is based on research by the German Aerospace Center (DLR), and all the technology required for its implementation is already available today.

Clean energy from the desert
The demand for energy worldwide is growing. At the same time, the limited fossil fuel reserves and the impact of increasing carbon dioxide emissions on the global climate pose challenges to our future. In order to meet these challenges, we need clean, reliable energy. Desert power can contribute to that. Dii's objective is to apply the concept to the EUMENA region (Europe, Middle East and North Africa). Power generated from sun and wind is intended primarily to meet the local demands of the producer countries, but could also be exported to Europe.
Desertec is not only about renewable energy and climate protection; it is all about the development of new industries, investments, the creation of jobs and the transfer of knowledge and know-how in the Middle East and North Africa.

A project for the entire Mediterranean region
Such a herculean task cannot be undertaken alone, and international cooperation lies at the very heart of the Desertec idea, which was developed jointly by scientists from Europe, the Middle East and North Africa. The industrial consortium consists of industry partners from all three regions including major solar power, chemical, engineering, construction and utilities companies, as well as banks and research institutions such as the Fraunhofer Society and the Max Planck Society.