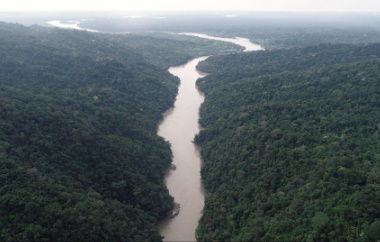 The documentary portrays the consequences of the Chadín 2 (Odebrecht) and Veracruz (Enel) dam projects on the Marañón River, the source of the Amazon. The Marañon is one of only six large rivers that connect the Andes with the Amazon basin, and its future and the future of thousands of people that depend directly on the river, is under threat.

A chorus of voices calls out from the Marañon canyon, in protest against two planned mega-dams. The dams would flood villages, unique forests and rock paintings yet to be studied. What would the consequences be of interrupting this ancient, vital connection between the Andes and the Amazon?

Bruno Monteferri’s “The Roar of the Marañón” (in Spanish, “El Rugir del Marañón”) seeks to answer this question with footage filmed during more than 6 years of travel on the Marañón River and its surrounding communities. The voices of local populations, specialists and activists guide this documentary and reveal the need to protect the river from the planned mega-dam projects.

Watch “The Roar of the Marañón” here

People behind the project

The documentary was directed by Dana Bonilla and Bruno Monteferri, as a joint production of Conservamos por Naturaleza (initiative of the Peruvian Society for Environmental Law) and Marañón Waterkeeper. Furthermore, this documentary is the product of five years' work and has involved the participation of the entire Conservamos por Naturaleza team and SPDA specialists, volunteers, activists, cameramen from various countries and hundreds of people who joined the project along the way.

“At stake is the future of a thousand people whose homes would be flooded, and the populations of hundreds of endemic species that live in these dry forests. The impacts of interrupting the connection between the Andes and the Amazon, blocking the flow of sediment and fish migration, would be felt along the Marañon River and in the Amazon basin, affecting hundreds of indigenous and riparian communities,” says Bruno Monteferri, a Peruvian environmental lawyer and co-director of the film.

Visit the web (https://conservamos.org/rioslibres/) to know more about the need to protect the Marañon River.

Reception of the documentary 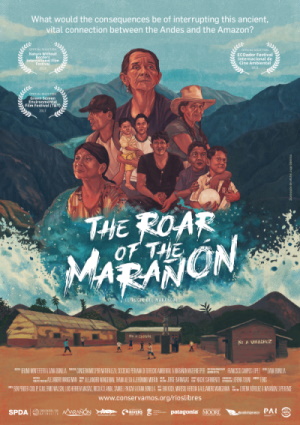 In addition, the film is currently being dubbed in Awajún, the language of one of the main indigenous peoples that would be affected by the dams. The dubbed version of the documentary will be screened locally.

The story behind the Marañón dams

The Chadín 2 (owned by Odebrecht) and Veracruz (owned by Enel) megadam projects, approved almost 10 years ago, would flood the homes of more than a thousand people and affect native communities. They would also imperil unique ecosystems and species of flora and fauna only found in this part of Peru, in the Marañon Seasonally Dry Forests, between the Cajamarca and Amazon regions.

To date, there have been no clear decisions by the Peruvian State in the face of Odebrecht’s breach of contractual obligations, only Enel has terminated the contract. The Peruvian Society of Environmental Law prepared an analysis that addresses this situation, available for download at: https://spda.org.pe/?wpfb_dl=4594.

Where can I see the documentary?

If you would like to screen the film within your organisation or organise a screening for your audience, please write to conservamos@spda.org.pe with the following details:

The Conservamos por Naturaleza team will contact you and give you all the details.

Further links (only in Spanish): 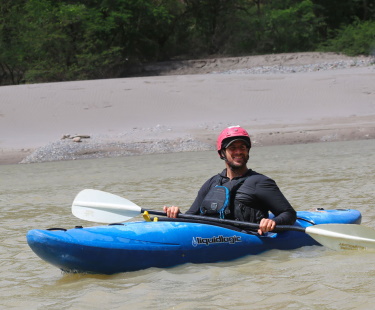 Bruno Monteferri is from Peru. He is an Ashoka Fellow, an environmental lawyer and an MPhil in Conservation Leadership from the University of Cambridge. In 2012 Bruno founded Conservamos por Naturaleza, a platform that supports grassroots conservation initiatives and empowers citizen-led projects that create positive impacts in communities. His engagement includes the organisation of collective action, from national beach clean-up to campaigns involving 7.000 people in reforestation efforts based on crowd-sourcing and crowd-funding schemes. In collaboration with the National Surfing Federation he was able to pass the first law in the world focused on the protection of waves. Bruno has also directed documentaries about environmental issues such as the legal protection of waves and the danger of dams around the Marañon River, these include: "A la Mar" (2017) and "The roar of the Marañon” (2021).