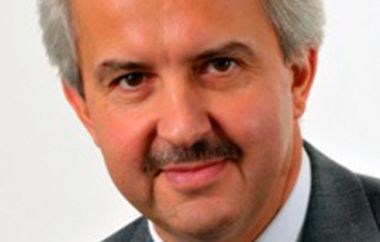 Scientific Executive Director of the German Research Centre for Geosciences (GFZ), Potsdam, and President of the German Academy of Science and Engineering (acatech)

Professor Reinhard Hüttl has been the chairman and spokesman of the Executive Board of the Helmholtz Centre Potsdam / GFZ German Research Centre for Geosciences since 2007. As Germany's national research centre for geosciences, the GFZ conducts worldwide research on the "System Earth" - the geological, physical, chemical and biological processes in the Earth's core and on its surface. Since 2008, Professor Hüttl has also been the President of the German Academy of Science and Engineering (acatech).

Professor Hüttl completed his studies in forest and soil sciences at Albert Ludwig University Freiburg and at Oregon State University (USA) in 1983. After attaining his PhD in Freiburg, he spent some time conducting research and teaching in the USA. From 1986 to 1992, he headed an international research department at the mining company Kali und Salz AG/BASF Group in Kassel. After completing the habilitation procedure in Freiburg, he was appointed to the Chair of Soil Protection and Recultivation at the Brandenburg University of Technology in Cottbus in 1993.

From 1996 to 2000, Reinhard Hüttl was a member of the Federal Government’s Council of Environmental Advisors. Between 2000 and 2006, he served first as a member and then as the chairman of the Scientific Commission of the Scientific Council, which advises the Federal Government and the Länder governments on questions related to the structural and content-related development of higher education, science and research. Since 2007, he has been the scientific advisor to the Federal Ministry of Education and Research on the High-Tech Strategy for Climate Protection. In 2008 he was awarded the Order of Merit of the Federal Republic of Germany First Class.