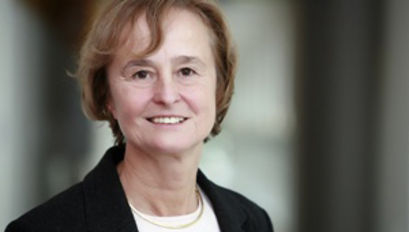 Director of the Alfred Wegener Institute for Polar and Marine Research (AWi) in the Helmholtz Association, Bremerhaven

Professor Lochte studied biology, chemistry and philosophy at the Technical University of Hannover. She then completed a Master of Science in the field of marine biology at the Marine Science Laboratories in Bangor (UK). After completing her PhD in 1984, she worked as a post-doc at the Institute of Marine Sciences of the University of Kiel (from 1985 to 1990) and as a research assistant at the Alfred Wegener Institute for Polar and Marine Research in Bremerhaven (1990-1994). After completing the habilitation procedure, she became the head of the Biological Oceanography department of the Leibniz Institute for Baltic Sea Research in Warnemünde in 1995. Five years later, she was appointed head of the Biological Oceanography research division of the Leibniz Institute of Marine Sciences at the University of Kiel.

“Excellent talent management is part of the strategy of the Helmholtz Association. The large and complex challenges in the research field Earth and Environment need good scientists that are able to work well in interdisciplinary teams and across borders. We need to address future problems of climate change, water availability and management, biodiversity loss, sustainable use of natural resources and their socio-political dimensions. International cooperation is essential to tackle such world-spanning questions and a valuable part of talent development.“