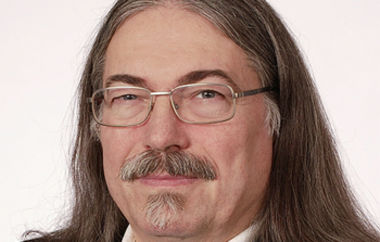 Michael Sailer obtained his degree in 1982 at the Technische Hochschule (now the Technische Universität) in Darmstadt in chemistry, specialising in chemical engineering. He has worked at the Oeko-Institut since 1980, where he took on the management of the Nuclear Engineering & Facility Safety Division in 1983. In 1999 Michael Sailer became a member of the management team at the Oeko-Institut and, in 2009, its CEO.

Since 1999 Michael Sailer has been advising the Federal Ministry for the Environment, Nature Conservation and Nuclear Safety (BMU) as a member of the reactor safety commission and, since 2008, as chair of the Nuclear Waste Management Commission (ESK).

In addition to this, Michael Sailer is also a member of other influential advisory committees such as the Scientific and Technical Committee of Euratom (STC) since 2005 or the Reactor Safety Expert Group (ERS) for the Swiss nuclear authority ENSI since 2012.

“Talented contributors over many years and innovative ideas which enable society to cope better and better with sustainability needs – this is what we need to face the challenge ahead. The Green Talents award provides a superb opportunity for the next generation of researchers to present their ideas for a forward-thinking world that is capable of surviving.”