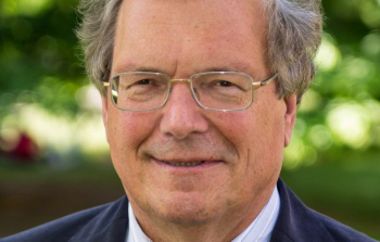 His work for BUND started early, as an authorised agent of the Union for Nature Protection in Bavaria (Bund Naturschutz in Bayern e.V.) for the region of North Bavaria (Nordbayern) in 1973. In April 2002, he became chairman of the Union for Nature Protection in Bavaria, the regional section of the BUND with the most members in Germany. After several positions at BUND, such as spokesman of the BUNDs working committee on agriculture and member of the scientific advisory council, he became chairman of BUND in 2007.

Hubert Weiger is a member of several organisations, including the presiding committee of the European Nature Heritage Fund (EuroNature), the advisory council of ‘Transparency International Deutschland e.V.’, the scientific advisory board for forest policy at the German Federal Ministry of Food and Agriculture, and – as appointed by the German government in 2013 – the Council for Sustainable Development. He was given the Bavarian states medal for merits to environment and health, was awarded with the silver Bavarian Constitution Medal, as well as the Federal Cross of Merit. In addition, he has written more than 600 publications.

"We cannot place limits on the protection of the environment and natural world. That's why the Green Talent Forum is widening horizons when it comes to the role played by science and politics in developing an economy that is fit for the future. Protecting the foundations of our lives today also means being mindful of the finiteness of natural resources when organising industry, energy supplies, mobility, work and leisure time."