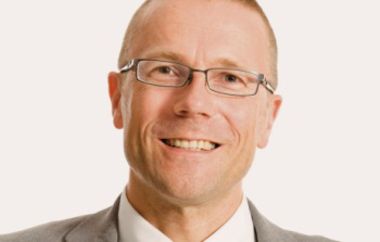 President of the Wuppertal Institute for Climate, Environment and Energy

From 1991 to 1992, he was a strategic consultant in environmental management at Roland Berger & Partner in Dusseldorf, before becoming a researcher at the Institute for Economy and the Environment (IWO-HSG) at the University of St. Gallen in Switzerland. There, he also wrote his PhD and habilitation on strategic environmental management issues. From 1998 to 2010, Uwe Schneidewind held a full-time professorship for Production Management and the Environment at the University of Oldenburg. He was also President of the University between 2004 and 2008.

In 2010, Uwe Schneidewind became president of the Wuppertal Institute for Climate, Environment, and Energy, as well as professor for Sustainable Transition Management at the University of Wuppertal. His research focus was the analysis of sustainable transformation processes, with special emphasis on the close interactions between technical, economical, institutional, and cultural aspects.

Furthermore, Uwe Schneidewind is member of the Club of Rome and of the Steering Group of the Sustainability Transitions Research Network. Since 2013, he has been part of the expert group to the German Advisory Council on Global Change (WBGU) and was part of the Parliamentary Advisory Council on Sustainable Development between 2011 and 2013. From 2008 to 2012 he was head of the Government Commission on Climate Change of the State of Lower Saxony.

"Green Talents represents a generation of young people who look at the sustainability challenge from a joint perspective. They are the transformative sustainability entrepreneurs of tomorrow".