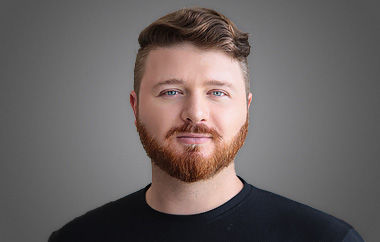 Andrey and his colleagues synthesise size-controlled and environmentally relevant plastic standards and assess their adsorption potential for certain organic and inorganic pollutants in water. They are testing their toxicity with a range of human cells. In addition, they are examining their toxicity in the presence of adsorbed waterborne pollutants. They are also systematically investigating the inflammatory potential of the plastic standards in macrophage cell models in the presence and absence of adsorbed organic pollutants. Based on this research, other researchers in the field will be able to improve their experimental procedures using these environmental plastic standards. In this way, government decisions regarding plastic regulations can be made in a more scientifically sound manner – all to ultimately reduce the potential harm from nano- and microplastics in the future.

Andrey has not only identified the problem, but has recently started to work on a potential solution to microplastics in the aquatic environment. He is using a bio-based approach. Due to the interdisciplinary nature of this endeavour, Andrey acquired additional knowledge in polymer science, microbiology, biomedicine, imaging, 3D printing, and engineering.

Andrey’s results will help to contribute to scientifically sound regulations for the microplastics problem and hopefully a solution to this problem in aquatic environments. For his work on these highly relevant issues, Andrey was recognised by the jury as a Green Talent.

The research of Andrey mainly contributes to the Sustainable Development Goals 3, 6, 14:

Take a look at this video that briefly introduces Andrey and his research: