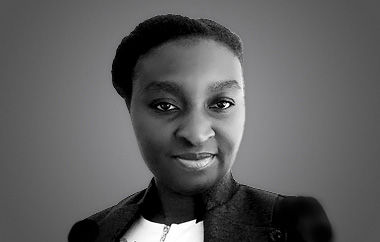 The sustainability of soil biodiversity is vital for increasing crop production and sustainable agriculture in general. Oluwadara is examining microbes in the rhizosphere of maize using metagenomics and bioinformatics. Her focus is on identifying soil microbes that are crucial for growing and increasing maize production.

In her research, Oluwadara focuses on soil biodiversity. She is currently examining and assessing the maize rhizosphere microbiome using metagenomics and bioinformatics tools. Metagenomic methods involve extracting, sequencing and analysing genetic material directly from environmental samples. Unlike other methods, microorganisms do not need to be cultivated prior to DNA extraction. Thus, the identification of microorganisms is possible regardless of their cultivability. Metagenomic approaches provide new insights into the complexity of the ecology and physiology of microorganisms by analysing naturally occurring biodiversity.

Oluwadara's goal is to identify soil microbes that are crucial for maize plant growth and increasing overall maize production. She is studying the metabolism, functions, and capabilities of these microbes. She employs high-throughput sequencing techniques to assess the microbes in the maize rhizosphere microbiome to decipher the vital microorganisms (bacteria, fungi, and archaea), their metabolic processes, functional potentials, and genes.

There is an urgent need to increase food production, and maize is one of the most widely consumed staple crops, with the potential to feed the world. Increasing maize production can be achieved by paying attention to the soil and its nutrients, as these are the basis for agricultural productivity and without them, sustainable crop production is not possible. Hence, identifying the key microorganisms in the maize rhizosphere that enhance the growth of the maize plant and those that ensure the proper functioning of the maize rhizosphere is of high necessity.

Oluwadara’s research is related to UN Sustainable Development Goal (SDG) 2 (Zero Hunger). This goal can be achieved by sustaining the soil organisms and nutrients needed for better and increased maize production. Her research is also related to SDG 15 (Life on Land), as it addresses how to achieve sustainability of soil microorganisms in the face of intensification of land use that has been observed for years.

Identifying soil microbes that are vital to growing maize plants and increasing maize production is Oluwadara’s goal. The jury was impressed by her scientific excellence, her experience as a lecturer and tutor, and her commitment to peer education and community service.

The research of Oluwadara mainly contributes to the Sustainable Development Goals 2, 3, 15:

Take a look at this video that briefly introduces Oluwadara and her research: