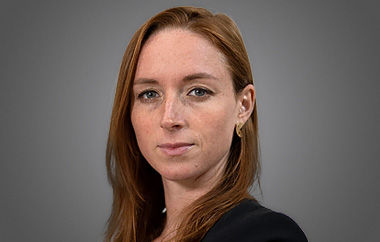 The analytical framework and methodology Maureen has developed in her research allows for an analysis of the impact of desalination on water security and hydropolitics. Her work addresses an overarching research question: How does large-scale seawater desalination technology affect shared water interactions?

PhD in International Relations and Geography

Against a backdrop of declining water quantity and quality, the increasing use of various technologies is helping to address the threats of water security posed by economic growth, demography, and climate change. Seawater desalination technology is one of them. The treatment of seawater creates an additional supply of freshwater that can meet growing demand. In some parts of the world, such as Saudi Arabia, Israel or Singapore, desalinated water already accounts for more than half of the national water supply. However, this technological solution also brings many political, social, financial, and environmental challenges.

The specific contribution of Maureen’s research is to produce an in-depth analysis of several case studies at the international level. The first objective is to analyse data before and after large-scale desalination to determine whether or not there is an increase in cooperative events after the introduction of the technology. The second objective is to review and locate water interactions in a geopolitical context using common terms such as water security and hydropolitical security complex. Finally, a third objective is to analyse expert discourse on water security, hydropolitics, and desalination to highlight relevant factors of large-scale desalination and effective transboundary water management.

Maureen’s research fills an existing gap in the water security and desalination nexus and at the same time lays the foundations for further research. She convinced the jury with her outstanding scientific and professional qualifications. The jury also valued her excellent non-scientific expertise and recognised her high potential and talent for a promising scientific career in the field of sustainable development.

The research of Maureen mainly contributes to the Sustainable Development Goals 5, 6, 16:

Take a look at this video that briefly introduces Maureen and her research: