Mario Heredia has published Potential for Farmers’ Cooperatives to Convert Coffee Husks into Biochar and Promote the Bioeconomy in the North Ecuadorian Amazon as a result of his research stay under the supervision of Prof. Ina Säumel at the Humboldt University of Berlin in 2020. Published in Applied Sciences on 21 May 2021 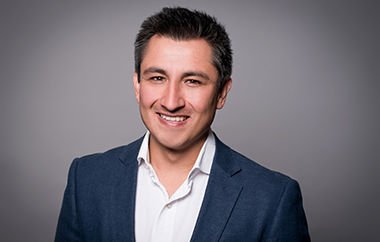 Mario seeks to ease reliance on fossil fuels and promote carbon sequestration in the agro-industrial sector of Latin America by the integration of energy conversion devices able to transform agro-residues into perennial forms of carbon and thermal energy.

Mario develops technology that supports the transformation of agro-industries of developing countries into early-stage biorefineries. In order to transfer technology from the laboratory to industry, he founded the start-up “Andes Bioenergy”, which has already installed several sustainable energy systems within the coffee, cacao, and palm oil sector in Ecuador. In order to understand and at the same time affect change towards a more sustainable future, Mario is currently integrating a transformative research approach into his academic work with the support of the Integrative Research Institute on Transformations of Human-Environment Systems (IRI THESys) of the Humboldt University of Berlin.

CV as submitted for the Green Talents award (2018):

Mario Alejandro’s research project can be divided into three stages. In the first stage, he used thermo-economic methods to weigh up government subsidies to fossil fuel against tax incentives promoting alternative energy sources. From this analysis, he ascertained that in Ecuador, palm oil kernel shell (PKC) could be an environmentally friendly and cost-effective replacement fuel that could be used in the industrial and commercial sector. Mario Alejandro then went on to build a horizontal burner prototype using mainly open source hardware and software platforms and was able to demonstrate the feasibility of PKC as solid fuel for thermal energy production. In the third and final stage of his research, he designed a prototype auger reactor including a pyrolytic gas burner that integrates with the horizontal burner prototype giving way to a novel portable and continuous pyrolysis reactor. The pyrolysis reactor has been proven to make effective use of low bulk density residual biomass to produce thermal energy and biochar, without resorting to external heat sources, and complying with the European emissions standards. Mario Alejandro coordinates this collaborative project that uses participative-action research methodologies and groups research centres and universities in Portugal, Brazil and Ecuador. The project also groups non-governmental organisations, private companies and several indigenous and peasant organisations.

The jury was impressed by Mario Alejandro’s enthusiasm to put his research into practice as quickly as possible, so that agroindustrial facilities currently leaded by indigenous and peasant communities living in fragile ecosystems can get access to state of the art technology. To this end, he has endeavoured to take the scientific method out of the laboratory and into the technology sector, by founding the start-up “Andes Bioenergy”. Mario Alejandro’s device has already generated significant interest from several agro-industrial companies, meaning it could be put to large-scale use in the near future 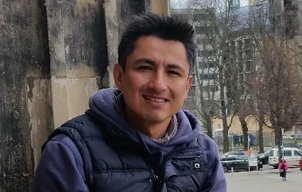 Mario Alejandro Heredia Salgado has completed his PhD in Energy Systems and Climate Change at Aveiro University, Portugal. He was awarded a Green Talent in 2018 and conducted his four months research stay at the Integrative Research Insitute on Transformations of Human-Environment Systems (IRI THESys) of the Humboldt Universität Berlin under the supervison of Dr Ina Säumel. more: My Research Stay: Report by Mario Alejandro Heredia Salgado . 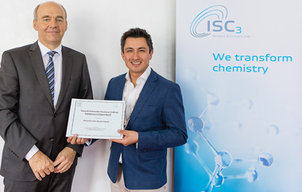