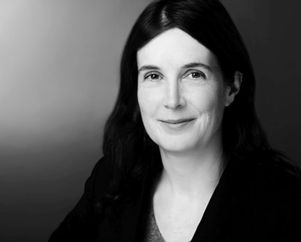 Dr Camilla Bausch is the Director of the Ecologic Institute, Berlin. She has worked as a researcher, consultant and lecturer in the fields of environmental, climate and energy policy on the national as well as European and international levels for over ten years. Dr Bausch collaborated on the amendment of the German Energy Law and the introduction of the emissions trading scheme and was a long-standing member of the German Delegation to the UN on climate negotiations. In 2009, Dr Camilla Bausch took a leave of absence supported by the German Marshall Fund of the United States (GMF) and the American Political Science Association (APSA) to work for Congressman Edward J. Markey (D-MA) in the United States House of Representatives. Prior to working at the Ecologic Institute, she was a management consultant for the Boston Consulting Group (BCG).

Additionally, she is the Associate Editor of the Carbon & Climate Law Review (CCLR) and regularly teaches courses for various institutions, including Duke University. From 2009 to 2014 she was a board member of Greenpeace, becoming Chair of the Board in 2010. In 2004 she co-founded Climate Talk, an event series for experts, leading the series until 2014. She is a member of the Tönissteiner Group as well as the Globaler Atlantiker Network and recently initiated and executed the EnergieWendeKunst interdisciplinary project.

Dr Camilla Bausch received a PhD in law from Humboldt University Berlin for her research on the legal framework grid access regulations in the liberalised electricity market of the European Union (EU).

“Green talents are vital in a globalised world where communications and business as well as challenges like climate change and resource scarcity are of a global nature. Fostering these talents leads to new insights; insights are needed to direct change. International research cooperation is critical to preserve and create the world in which we wish to live.”